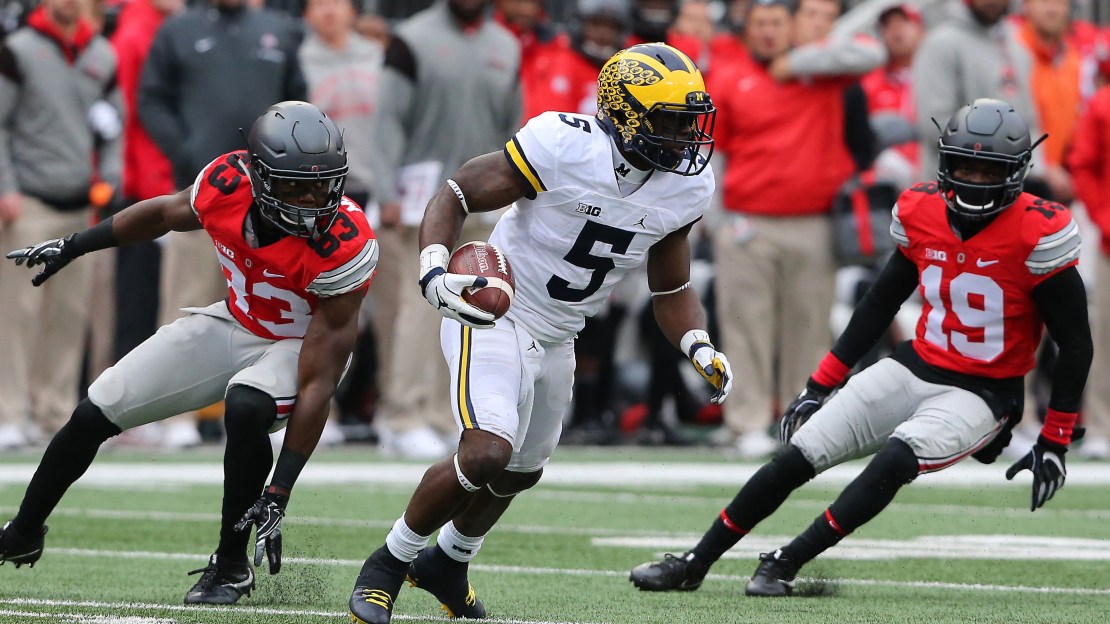 Monday was the deadline for players to declare their intentions for the 2017 NFL Draft. And the Big Ten saw some top talent throw its hat into the ring, as 16 players have declared. Seven of the 14 schools saw a player declare: Indiana, Michigan, Michigan State, Ohio State, Northwestern, Penn State and Wisconsin.

No school was impacted more than Ohio State, which saw six players declare a year after nine Buckeyes opted to enter the NFL early.

Here is a look at the 16 Big Ten players who have declared for the 2017 NFL draft, which will take place April 27-29 in Philadelphia.

The top prospects among the underclassmen who have declared? A look at a mock draft from Rob Rang of CBSSports.com has OSU safety Malik Hooker going No. 7; Michigan LB/S Jabrill Peppers No. 19; Wisconsin OT Ryan Ramczyk No. 20; Michigan State DT Malik McDowell No. 25.

No-brain decision: Michigan?s Jabrill Peppers was ready to go after one of the more remarkable seasons in recent college football annals. Peppers did it all, playing myriad positions and impacting the game on all three levels: offense, defense and special teams.

Curious decision: Indiana LB Marcus Oliver. He wasn?t even considered by most to be the top linebacker on his own team. That honor goes to Tegray Scales. Nonetheless, Oliver is off to the NFL after earning consensus honorable mention All-Big Ten honors and ranking second on the team with 96 tackles. Also was a bit surprised to see Oliver?s teammate, RB Devin Redding, declare. Then again, running backs have only so many carries in their body. And Redding carried 508 times for the Hoosiers with consecutive 1,000-yard seasons.