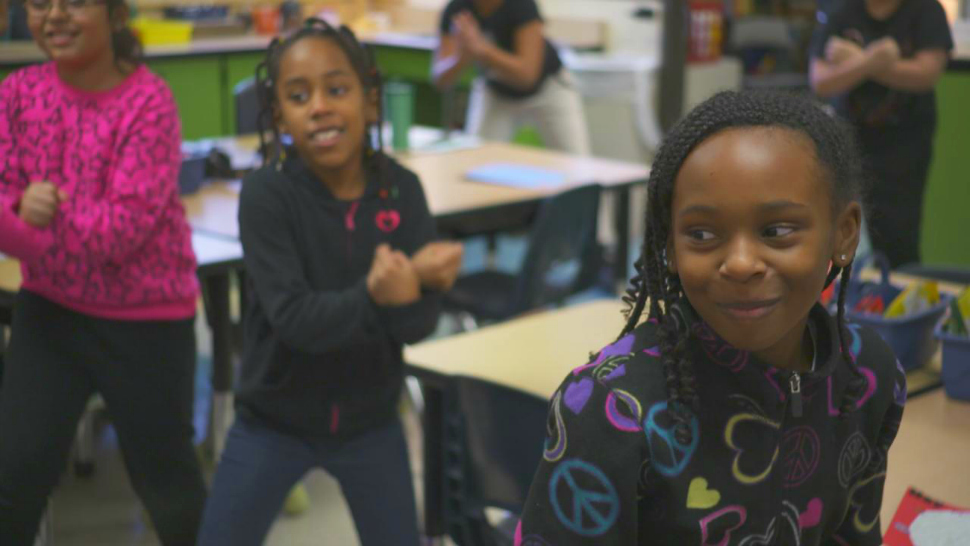 Childhood obesity is an epidemic in our country. One factor fueling its rise is an increasingly sedentary routine for most school-aged kids as traditional options for exercise, such as physical education classes and, in some cases, recess are phased out.

Taking their place in the curriculum are longer periods of seated instruction time as students, schools and districts are pressured to score ever higher on standardized testing. But it?s a strategy that may be doomed to fail, says Ben Ransier, Curriculum and Training Coordinator for the University of Michigan?s Project Healthy Schools.

?With the increased demand on students to achieve at test scores,? he says, ?schools are choosing to require students to sit and learn more in more in hopes of achieving academically. Not only is that having catastrophic effects on their health, it?s also impacting their learning.?

As Ransier explains, when students remain seated for long stretches of time, multiple effects are felt throughout the body. Most obvious is the reduction in heart rate resulting in decreased blood flow. Coupled with the pooling of blood in the lower extremities, the reduced heart rate means fewer oxygen and glucose resources are reaching the brain when it needs them the most. For children and adolescents, Ransier says, ?the brain can shut down in as little as ten minutes.?

Faced with this crisis, researchers at the University of Michigan?s School for Kinesiology began to question why physical activity couldn?t be integrated into the classroom setting itself. They set about creating a program of aerobic exercise aimed at getting students moving throughout the day.

?InPACT is a classroom based, physical activity intervention,? says Dr. Rebecca Hasson, Assistant Professor of Kinesiology and Public Health at the University of Michigan. ?The teachers are offering, or infusing, [exercise] in their academic curriculum.?

InPACT, which stands for INterrupting Prolonged sitting with ACTivity, is a collaborative project between several schools at the University of Michigan. The School of Education developed methods for teachers to work exercise breaks into their lesson plans. Students and professors from the School of Architecture looked at how to improve classroom design and layout so that transitioning between seated learning and movement would be as seamless as possible.

The Kinesiology team designed the movement portion of the program. Looking into how much exercise would be needed to make a meaningful impact while remaining reasonable to the needs of teachers, the team landed on short, three-minute bursts done around ten times per day.

?InPACT is a great program because it?s low cost and it?s self-sustaining,? says Hasson, Director of Michigan?s Childhood Disparities Research Laboratory. ?Once you?ve trained the teachers, then they can do it year-in and year-out without constant input from us. And, because it?s tapping into the children?s natural activity patterns of small bursts, they absolutely love it.?

Currently in three schools in the Ann Arbor area, Project Healthy Schools is looking to expand InPACT to schools throughout Michigan in the coming years. Hasson and colleagues are also looking to expand the program to a larger variety of age groups in an effort to further cement the core values as a part of children?s education and lives.

?We?re hoping to start at a younger age, in kindergarten,? she says, ?so the kids become used to this in a school environment and doing these activity breaks becomes a natural part of their school experience. As they grow older and go into middle school and high school, physical activity will become something that is a lifestyle behavior for them.?