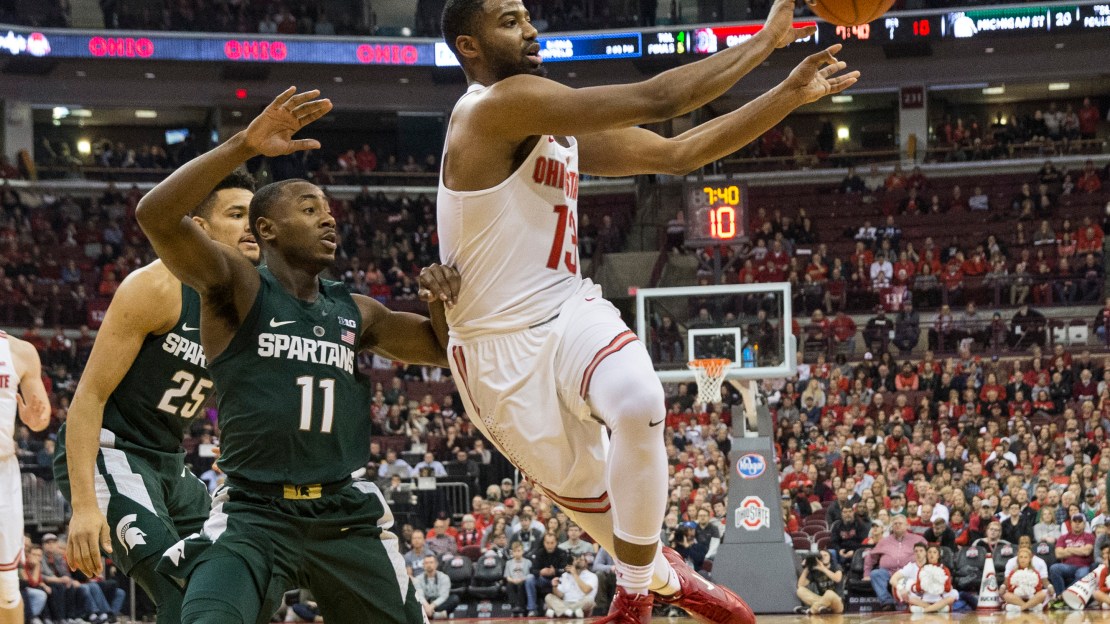 (AP) JaQuan Lyle made 5 of 7 shots from the 3-point line and scored 22 points as Ohio State pulled away down the stretch and beat Michigan State 72-67 on Sunday for the Buckeyes' first Big Ten win this season.

Marc Loving and Jae'Sean Tate each added 12 for the Buckeyes (11-7, 1-4 Big Ten), whose season was on the verge of collapsing after a disastrous start in the conference, inconsistent play and the loss of a key player to season-ending injury.

A layup by Miles Bridges pulled Michigan State to 70-67 with 20 seconds left. But Kam Williams converted a free throw for a four-point lead and Joshua Langford missed a 3-pointer.

Ohio State led 36-33 at the half. The Buckeyes grabbed the lead at 9:20 with back-to-back 3-pointers from Loving and led by as much as seven. A 3-pointer from Langford with 3 seconds left capped the first-half scoring.

The Buckeyes out-rebounded the Spartans 5 to 1 on the offensive boards in the half.

Michigan State: A talented team that ran into an inspired opponent. Spartans played well, but the Buckeyes were better.

Ohio State: Biggest win of the year so far for the Buckeyes, who were on a downward spiral in the Big Ten. The win over a good Michigan State team is a huge confidence boost.