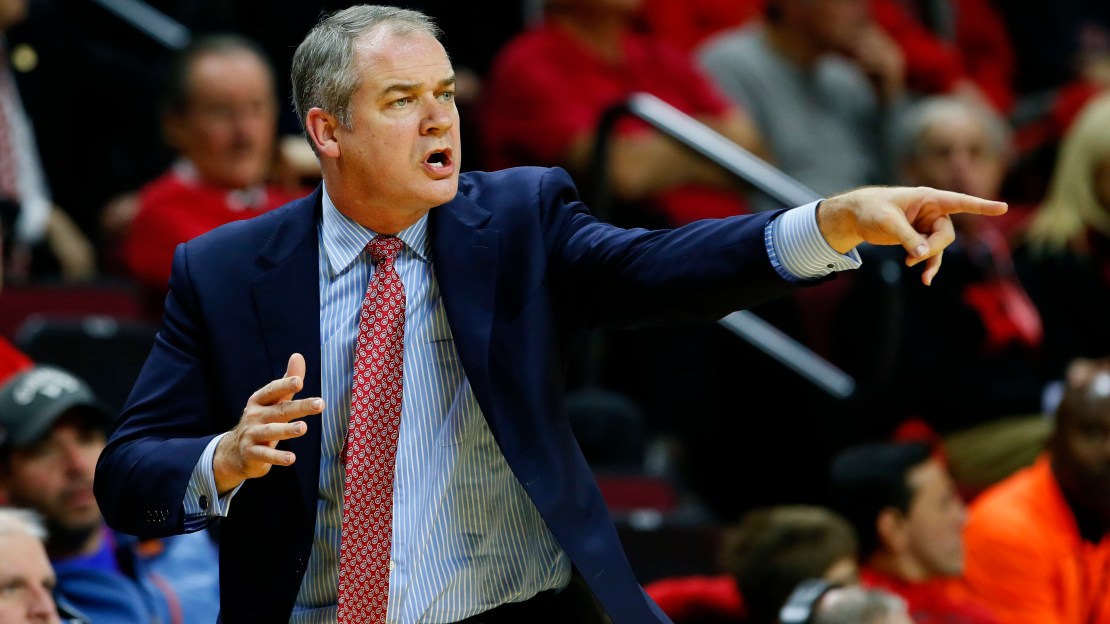 How does one build a powerhouse college basketball program in the northeastern part of the country?

Legendary coach Jim Calhoun provided a pretty good blueprint during his 26 years at UConn. After taking over a depleted Huskies program in 1986 and going 9-19 in his first season, Calhoun went on to win 873 career games, ten Big East Championships and three national titles.

First-year Rutgers head coach Steve Pikiell has an even bigger undertaking in front of him as he tries to rebuild the Scarlet Knights. New Jersey?s flagship university shares recruiting ground with UConn, but their history of basketball success is much more barren. Fortunately for Pikiell and Rutgers fans, Pikiell played a part in and saw UConn?s rise to glory firsthand as a player and assistant coach.

The task is tall at Rutgers, which hasn?t reached the NCAA tournament since 1991 and has churned through five head coaches in the last 11 years. But Calhoun thinks his former mentee is up to the task.

?Steve?s got a wealth of knowledge,? Calhoun said. ?When he came to Rutgers University, day one, he said, ?We?ve got a lot of work to do. And we?re going to do that work.??

Despite Rutgers? recent six-game skid, the differences are stark compared to last year's 7-25 campaign under previous head coach Eddie Jordan. The Scarlet Knights lack a signature win within their 11-7 mark entering Sunday, but Pikiell has his team playing competitive basketball most nights.

A complete turnaround will take patience, but Pikiell has a proven track record following 11 years at Stony Brook with an eventual NCAA tournament appearance during his last season on Long Island. He turned Stony Brook into a legitimate Division I program after decades in Division II, and now hopes to use the same positive reinforcement and high-level preparation at Rutgers to turn the Scarlet Knights into a winner.

"Coach Calhoun had a belief," Pikiell said. "He had belief in a university that hadn't had success like that, and he achieved it. And it can happen here, too, at Rutgers."