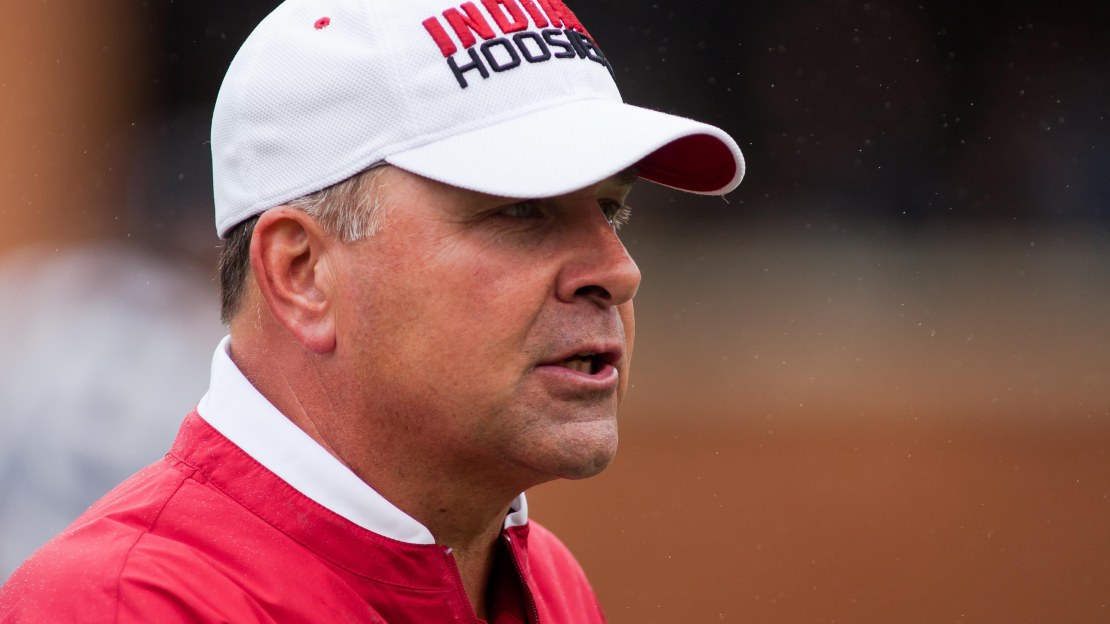 With progress comes change. At least that?s how the old adage goes. And there have been many changes on coaching staffs in the Big Ten since the end of last season.

Here is a look at the biggest and potentially most impactful additions to coaching staffs thus far. Know that Wisconsin still has to hire a defensive coordinator, and the Minnesota staff is still taking shape.

1. Kevin Wilson, Ohio State offensive coordinator. This looks like the perfect marriage, as Wilson?s offensive acumen may be the elixir to what ails the Buckeye offense. The 55-year-old Wilson built Indiana into an ascending program with an offensive scheme that dovetails with Urban Meyer?s philosophies. Wilson runs a tempo attack that spreads defenses and is built around a physical ground game and mobile signal-caller. It will be interesting to see what Wilson can do when he merges his playbook with the treasure trove of talent that?s in Columbus. The last time Wilson was an OC was at Oklahoma under Bob Stoops from 2002-2010, and he helped lead the Sooners to the national title game in the 2008 season and groomed Heisman-winning QB Sam Bradford. That season, coincidentally, OU lost the BCS title game to Meyer and Florida, 24-14. On a lesser note, Meyer also has hired Ryan Day from the 49ers as co-offensive coordinator and quarterbacks coach. So, essentially, Wilson will replace Ed Warinner-who is off to Minnesota as offensive line coach-and Day will replace Tim Beck–who is now OC for Texas for former Buckeye offensive coordinator Tom Herman.

2. Bob Diaco, Nebraska defensive coordinator. Mike Riley wasted little time filling his defensive coordinator void, tabbing former UConn coach Bob Diaco. The former Iowa linebacker will take over for Mark Banker, a long-time Riley buddy and assistant. Let?s call the Diaco appointment a potential make-or-break hire for Riley, who needs to move the needle in his third season in Lincoln. Diaco?s appeal? The former Notre Dame defensive coordinator runs a 3-4 scheme that may be better suited for the personnel on the Husker roster. And the 3-4 has gained popularity with schools like Alabama and Wisconsin using the alignment as the backbone for terrific defenses.

4. Jerry Kill, Rutgers offensive coordinator. Kill could be just what Rutgers needs to invigorate what was a moribund Scarlet Knights offense in 2016. Kill brings a wealth of knowledge to the staff of Chris Ash, who just finished his first season at Rutgers with a 2-10 record overall and a 1-9 Big Ten mark. Kill replaces Drew Mehringer, who at 29 years old never had been a coordinator until last year and then bolted to join the staff at Texas. The 55-year-old Kill has a mountain of know-how with 22 years of head coaching experience. He went 29-29 overall and 14-21 at Minnesota from 2011-15 before stepping down to tend to his health. Kill is motivated, healthy and focused. He should bring stability to an OC position that has been a revolving door in recent years.

5. Brian Ferentz, Iowa offensive coordinator. Not a big shock that Kirk Ferentz promoted his son to this key role with the retirement of Greg Davis, who had been a lightning rod of criticism. Most figured this would happen ? but maybe not this soon. Well, here we are. Can Brian Ferentz inject more production and big-play ability into an offense that often can be plodding and pedestrian? Brian Ferentz has been offensive line coach since 2012 and took on the title of run-game coordinator in 2015. He never has called plays. Running the ball never typically is an issue in Iowa City. Passing it has been. The 33-year-old Ferentz has said he wants to be ?flexible.? Stay tuned. This could be an uncomfortable situation if the offense flounders. Would Kirk really fire his son?

6. Mike DeBord, Indiana offensive coordinator. Defensive coordinator Tom Allen was promoted to the top job when Kevin Wilson shockingly parted ways with the Hoosiers days after the end of the regular season. And Allen wasted little time putting his mark on the program after the bowl loss to Utah by letting go tight ends coach James Patton and offensive coordinator Kevin Johns. In the wake of those departures, Allen hired DeBord as offensive coordinator, a post he held at Tennessee. The former head coach at Central Michigan (2000-03), DeBord also was OC at Michigan from 1997-99, helping the program win a national title in 1997. Allen also brought in Grant Heard from Ole Miss as receivers coach/passing game coordinator and elevated Shawn Watson from a quality control role to quarterbacks coach. Heard is a rising star, while Watson is a veteran who has run offenses at Colorado, Nebraska, Louisville and Texas.