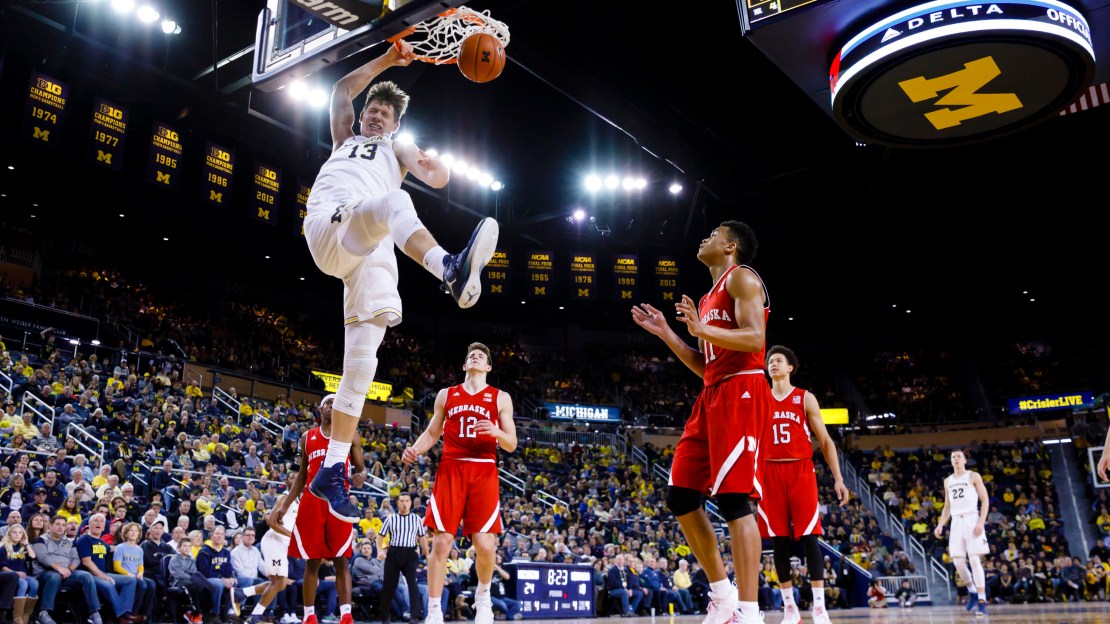 Tai Webster had 28 points for Nebraska, and Glynn Watson scored 20 of his 22 in the second half.

Michigan opponents were shooting a staggering 57 percent from 3-point range in conference play before this game. The Wolverines held the Cornhuskers to only three attempts from beyond the arc in the first half, but Nebraska scored 20 of its first 22 points from in the paint and trailed just 40-36 at halftime.

The Cornhuskers had more success from the perimeter in the second half, but their inability to get to the free throw line ended up being crucial. Michigan went 26 of 30 from the line, while Nebraska was 4 of 5.

Nebraska: The Cornhuskers have dropped two in a row after winning their first three Big Ten games. Webster scored 17 points in the first half, but Nebraska was never able to take the lead against a Michigan team that seemed to be on the ropes after a poor start in conference play.

Michigan: At some point, opponents will stop shooting such a remarkable percentage from 3-point range against the Wolverines. That's the assumption, at least. But until it happens, Michigan will have to whether the storm and win with its offense. The Wolverines were able to do that Saturday.

Michigan: The Wolverines play perhaps the toughest conference game on their schedule this season when they visit Wisconsin on Tuesday night.