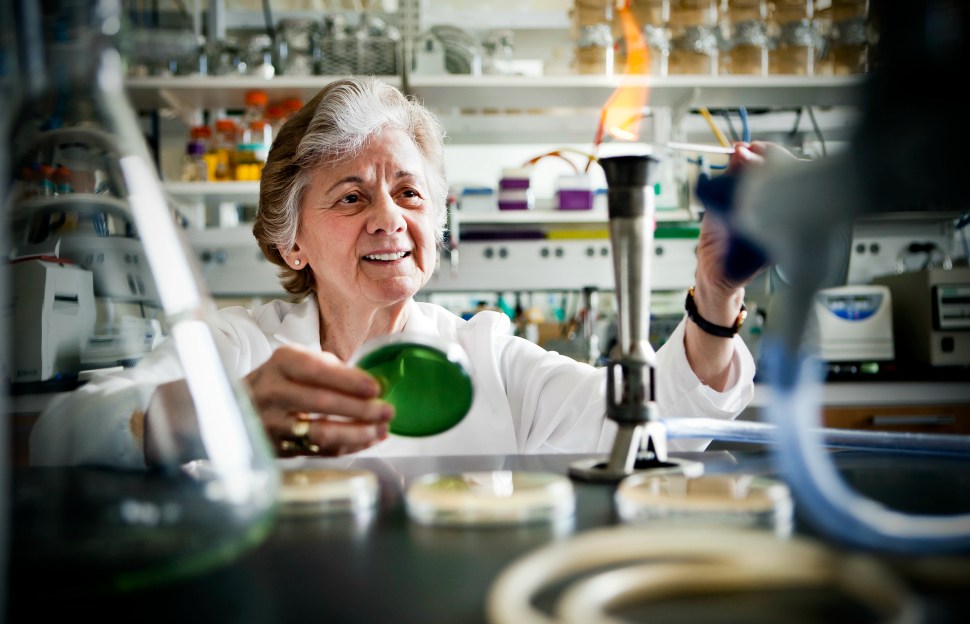 In 2001, renowned biology researcher Rita Colwell chaired an advisory committee to the FBI and CIA to investigate the anthrax outbreak around the U.S.

Long before that investigation, Colwell - a Distinguished University Professor at the University of Maryland Institute for Advanced Computer Studies - was a pioneer in creating technology for use in scientific research; she was the first scientist to write a computer program to identify specific bacteria in a given sample. But it was during her time studying anthrax that it dawned on her that advancements in scientific technology could have a widespread appeal. She went about writing a computer algorithm that would read a DNA sequence of bacteria, viruses or fungi and identify them by name, helping her rapidly spot dangerous particles.

For those and her many other innovations in the world of science – identifying the aquatic bacteria responsible for cholera, for instance – Colwell was recently named a Fellow by National Academy of Inventors. She recently spoke with BTN about this honor and her current research: studying the impact changes to the environment can have on diseases.

BTN LiveBIG: You have received many honors and awards as a scientist throughout your career. How does it feel to be honored as a fellow by the National Academy of Inventors?

Rita Colwell: To be classified as an inventor is new, it?s very enjoyable. I?ve always been cognizant of what we can do to apply what we can learn through science. So I think it?s especially rewarding to be recognized for something that one does and has been doing, because the objective of actually helping people is so important.

BTN LiveBIG: When did you begin to realize you could invent tools to improve your own research? How did that change the work being done?

RC: I think it was more always an understanding that science could be applied to technology and what I was doing in the laboratory would have real-world applications. I?m a microbiologist, and the classic example of this kind of translated science to application is discovery of penicillin, which was an accidental observation of bacteria in a petri dish being contaminated by a fungus. So I think, for a microbiologist, it?s not a terribly novel perspective to have that there are very good applications to what we do.

BTN LiveBIG: Where did the inspiration to write a computer program to study bacteria in drinking water come from? What type of impact are you seeing the research have?

RC: I think that it?s the fact that I am trained and educated as a microbial ecologist. I?m fascinated by the role of bacteria and viruses and fungus and parasites in the environment. From there, it was an obvious step to work on understanding disease agents. I?m very pleased that I?ve been able to contribute a much better understanding, because it?s become very clear to me that most infections are caused not by a single infectious agent, but by a mixture. And I think that?s become both relevant and able to be studied only because we have the new tools.

BTN LiveBIG: You?ve seen an impact of climate change on the rate of cholera and other diseases. What steps should be taken to reduce its effects? What could happen if we don?t?

RC: I think the important issue is how can we monitor this, and that?s what led me to use satellite sensors to determine conditions that are conducive to disease. I also look at the impact it has on animals and, for that matter, agricultural crops as well. And we did that work right here the University of Maryland and I?m very proud of that. We worked in Chesapeake Bay and we were able to supplement our work with studies in Bangladesh, where cholera occurs every year, twice a year. And putting all this together, we found that the bacterium really exists through the environment, that?s its natural habitat. It?s a pathogen only because we ingest it. And then it occurred to me that if we had this evidence that the environment that played such a major role, we could measure the parameters of temperature and the relationship to planktons. So from there we developed models to use our sensors and satellites to predict conditions that were conducive or could lead to cholera breakouts.

BTN LiveBIG: How has the University of Maryland Institute of Advanced Computer Studies played a role in your research?

RC: It?s been wonderful working here. My colleagues are wonderful people to work with. Plenty of freedom to rfollow my ideas, great support to students and working in the laboratory has been absolutely the best. I?ve been very lucky.