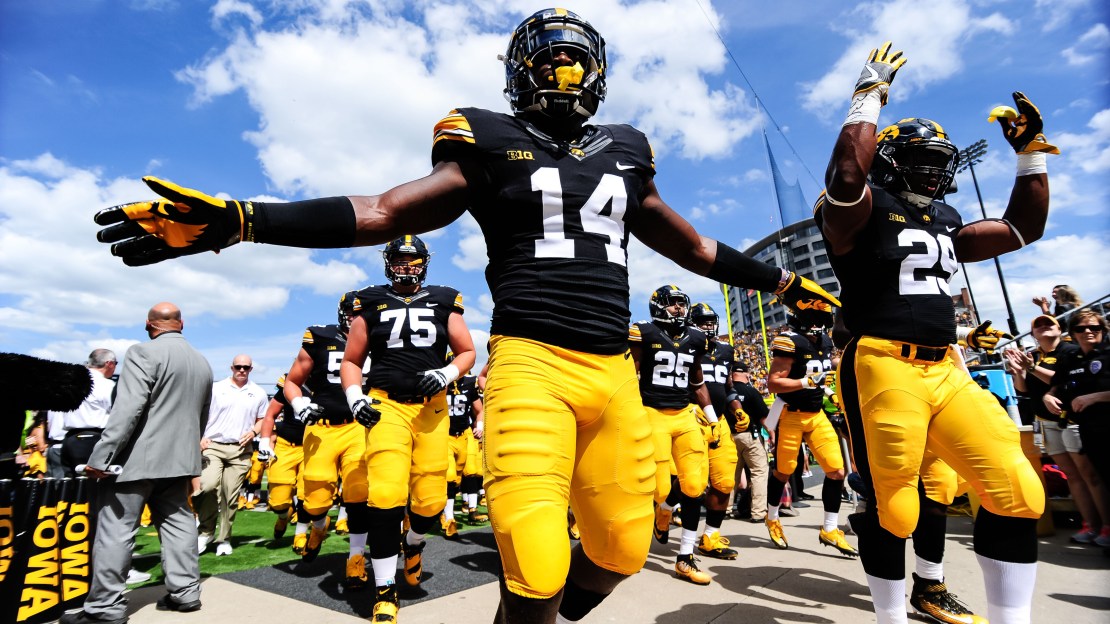 Iowa wasn?t satisfied with an 8-5 season that ended with a resounding thud in a 30-3 loss to Florida in the Outback Bowl. This coming off a 2015 season of glory that saw the Hawkeyes win the Big Ten West and get to the Rose Bowl. There will be some big holes to fill for the Hawkeyes if they want to return to the summit of the West Division in 2017.

And there will be a new play-caller as offensive line coach Brian Ferentz takes over for the retiring Greg Davis. Add it all up, and 2017 shapes up as interesting season in Iowa City.

But first thing's first: Here are the top five Hawkeyes that need to be replaced, as Kirk Ferentz enters his 19th season on the sideline of Kinnick Stadium.

QB C.J. Beathard. Yes, he didn?t have a banner senior season, hitting 56.5 percent of his passes for 1,929 yards with 17 TDs and 10 interceptions to earn honorable mention All-Big Ten from the media. Those numbers were off his spectacular 2015 season. Still, Beathard will leave campus as an all-time great who is ticketed for an NFL career. The guy won a lot of games in Iowa City, guiding the Hawkeyes to 20 victories the last two years with a Rose Bowl berth in the 2015 season. Beathard will leave school with 5,562 passing yards with 40 touchdowns and 19 picks.

RB LeShun Daniels. He closed his career with a bang, running for 1,058 yards and 10 TDs as one of two 1,000-yard rushers for the Hawkeyes in 2016 (Akrum Wadley was the other). A consensus honorable mention All-Big Ten selection, Daniels was a physical back who could get the tough yard and also had a bit of burst. He ran 409 times for 1,895 yards and 19 TDs as a Hawkeye.

DT Jaleel Johnson. A first-team All-Big Ten selection by the coaches and second team by the media, Johnson was No. 7 in the Big Ten in sacks last season with 7.5 and also had 10 TFLs and 55 tackles. He was force all season on the interior of the Hawkeye front, helping the team rank fifth in the Big Ten in total defense (351.2 ypg). He will be a big-time NFL player.

CB Desmond King. One of the nation?s top corners who earned the Thorpe Award as the top defensive back in the nation in 2015, King opted to return for his senior season and followed up with a strong campaign that saw him earn consensus first-team All-Big Ten honors. He broke up seven passes and had three picks last season. And King was a big reason why Iowa was No. 5 in the league in pass defense (200.4 ypg) en route to making 58 tackles. He also doubled as a top return man, averaging 10.2 yards on 26 punt returns and 27.8 yards on 27 kickoff returns.

TE George Kittle. His numbers weren?t eye-popping, but Kittle was an effective option in the pass game for a program that traditionally produces good tight ends. Kittle nabbed 22 passes for 314 yards and four TDs last season to earn consensus honorable mention All-Big Ten honors. Kittle made 48 receptions for 737 yards and 10 TDs in his career. He was an athletic tight end who also could run block.