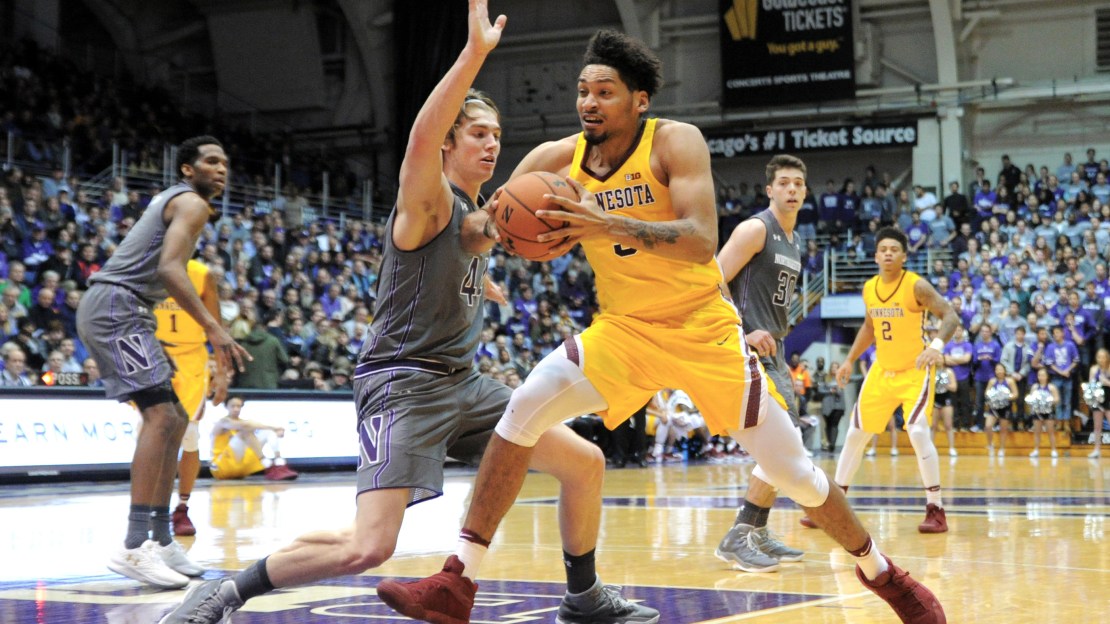 The 34-year-old son of Louisville coach Rick Pitino has guided the Gophers to a 15-2 record, good enough for them to slip into the latest rankings at No. 24. It's an unusual occurrence for the Gophers, who haven't been ranked since early February 2013.

Pitino is more concerned about getting an NCAA Tournament bid and winning championships.

"Rankings are for the fans," he said. "That's not our goal."

Their coach's indifference notwithstanding, the Golden Gophers get their first chance to enhance their status at Michigan State's Breslin Center on Wednesday. Minnesota, which is tied atop the Big Ten standings with the Spartans and two other teams, carries a three-game winning streak into East Lansing – including a 78-68 victory over Ohio State on Sunday.

Considering the Gophers were 18-15 two seasons ago and 8-23 last season, Minnesota's turnaround has been dramatic.

"We had to take it from a lot of people. We had to band together and get closer because of it," Pitino told the St. Paul Pioneer Press. "I'm not saying that the criticism was wrong – rightfully so. That's what happens when you lose games. You deserve to get criticized. And when you don't do your job off the court, you deserve to get criticized. But with that being said, we had to sit there and we had to take it. We're not a boastful program. So we just wanted our talking to be done on the court."

Michigan State (11-6, 3-1) handed the Gophers one of their two losses, edging them 75-74 in overtime at Williams Arena on Dec. 27. Freshman center Nick Ward led the Spartans that night with 22 points and 10 rebounds.

Coach Tom Izzo believes it will be even more difficult to beat Minnesota the second time around.

"I think they're a better team than they were even two weeks ago," he said. "I think they are getting some confidence. … This will be a difficult game. We're not going to have many that aren't difficult, but I still think that this is one of the top three or four teams in the league right now and maybe playing as good as anybody in the league, as you saw with wins at Northwestern and at Purdue. "

The Spartans suffered their first conference loss on Saturday, falling to unranked Penn State 72-63 at The Palestra in Philadelphia. Izzo is starting four freshmen, partly because of injuries to some veteran players prior to the season.

"It has been an interesting year for these guys," he said. "Every time we take two steps forward, we seem to take one step backwards. I guess that is kind of the way it is going to be a little bit until we get more consistent."

Once Miles Bridges returns to form, the Spartans should develop that consistency that Izzo is seeking. The prized freshman forward was the team's leading scorer and rebounder until he suffered an ankle injury that cost him seven games. Bridges is averaging 5.0 points, 6.0 rebounds and 2.0 assists in 22.0 minutes since returning to action two games ago.

"He's healthy. He will continue to improve with practice, but he is nowhere near the guy that we left six weeks ago," Izzo said. "That is going to be a work in progress. There are some adjustments we're going to have to make and that he's going to have to make. He's got to get back in shape and we have to learn how to play with him again."