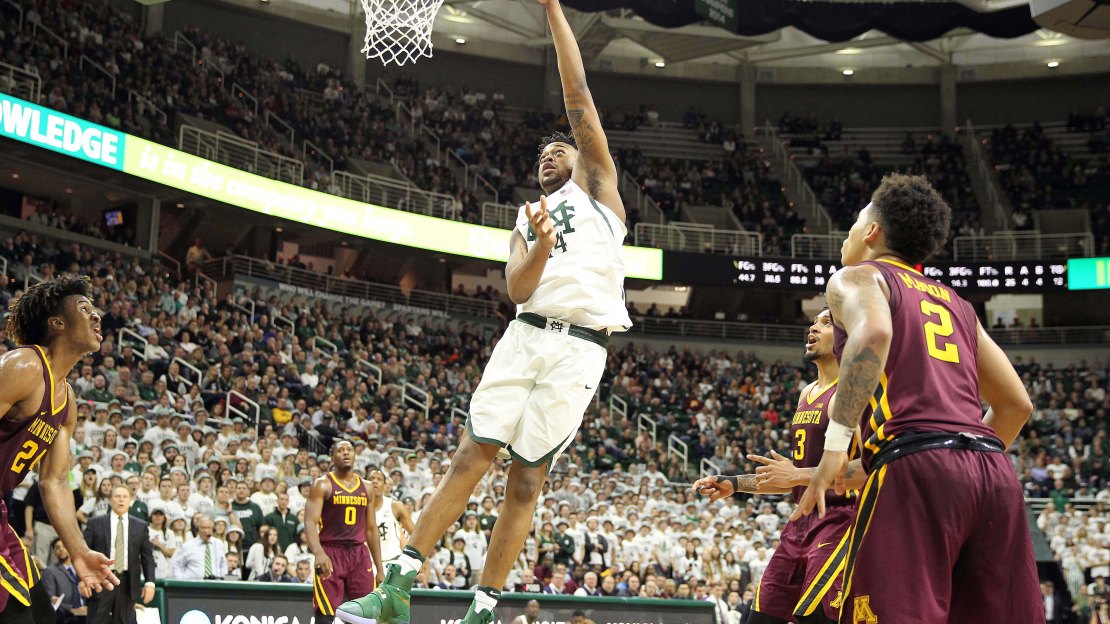 EAST LANSING, Mich. (AP) Miles Bridges scored all 16 of his points in the first half, helping Michigan State build a huge lead it used to cruise to a 65-47 victory over No. 24 Minnesota on Wednesday night.

Michigan State led the entire game, went ahead by 22 points at halftime and easily kept a comfortable lead.

Joshua Langford scored nine of his 13 points in the first half for the Spartans and Nick Ward, who fouled out, had nine points and eight rebounds in 13 minutes.

The Golden Gophers have four players averaging at least 10 points a game, but had just two score in double digits against Michigan State. Nate Mason scored 14 and Dupree McBrayer had 11 points.

Minnesota: The Gophers are ranked for the first time in nearly four years and will likely fall out of The Associated Press poll after their most lopsided loss of the season. After losing the last time to Michigan State, they beat then-No. 15 Purdue in overtime by nine points for the first of two straight road wins for the first time since the 2011-12 season.

Michigan State: The Spartans may move back in the poll, showing some of their potential with Bridges bouncing back from two lackluster games following a seven-game absence with a sprained left ankle. He scored a total of 10 points in the previous two games.

Minnesota: The Gophers play Saturday at Penn State, their fourth road game in a five-game stretch.