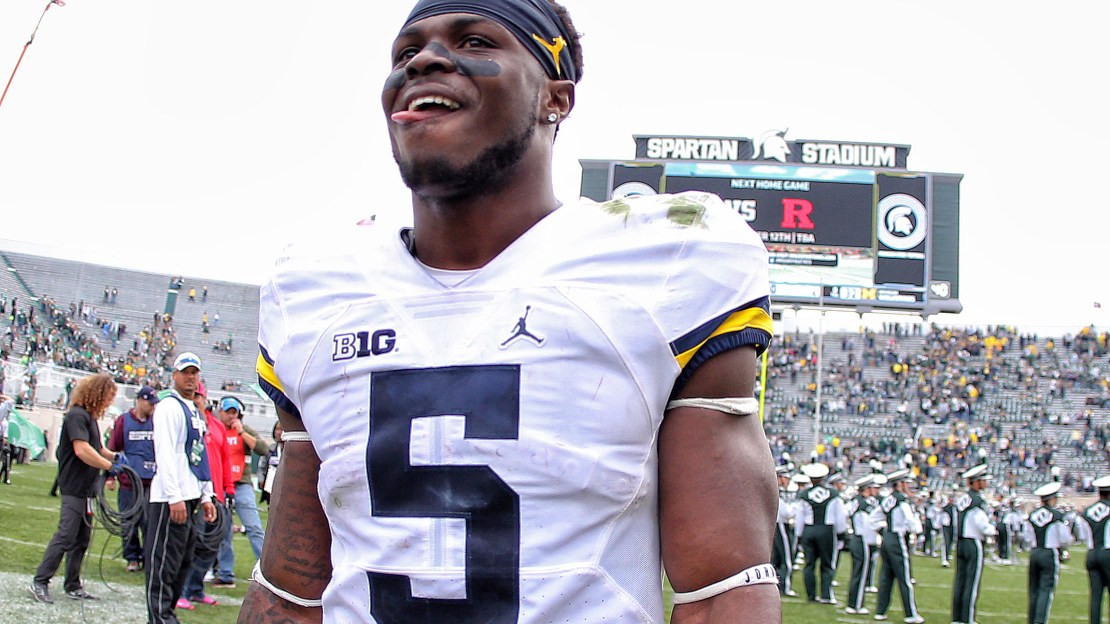 In a shock to no one, Michigan?s Jabrill Peppers has declared for the 2017 NFL Draft.

Peppers was one of the most dynamic players in college football in recent memory, conjuring comparisons to fellow Wolverine and 1997 Heisman winner Charles Woodson. Now, Peppers is gone, as players have to declare by Jan. 16.

Peppers was a jack-of-all-trades who played as many as 15 positions for Michigan in 2016, when the redshirt junior was named Big Ten Defensive Player of the Year, Linebacker of the Year and Return Specialist of the Year. And to top it all off, Peppers was a Heisman finalist for a Michigan team that went 10-3 and ended the year with a loss to Florida State in the Orange Bowl. It was one of the most decorated seasons in recent Big Ten history.

The 6-0, 205-pound East Orange, N.J., native played most often at linebacker in 2016 after arriving on campus as a cornerback in 2014 as a Brady Hooke recruit. In the NFL, Peppers figures to be a safety. Could he be the next Ed Reed or Troy Polamalu? Perhaps.

On offense, Peppers ran 27 times for 167 yards and three TDs and caught two passes for three yards. Peppers also impacted on special teams, running back 21 punts for a 14.8-yard average with a TD and 10 kickoffs for a 26.0-yard average.

Peppers didn?t leave Ann Arbor in a blaze of glory. In his last game, Michigan lost at Ohio State in double overtime to essentially end its playoff hopes. Then, he sat out the finale to the 2016 season vs. Florida State. Peppers said he ?tweaked? a hamstring the day before the game. He warmed up for the game only to opt to sit out. It was a stunning revelation and a gut-blow to Michigan, which went on to drop a wild 33-32 decision to the Seminoles in a bitter end to the season with Peppers watching tucked away in the press box.

Still, Peppers played a big role in helping Michigan become an elite program in the nation the last two seasons under Jim Harbaugh. Now, he?s gone, creating another of many big holes to be filled on the Wolverine defense. Players like linemen Chris Wormley, Matthew Godin, Ryan Glasgow and Taco Charlton are gone, in addition to linebackers Ben Gedeon and Mike McCray. And the secondary will be without corners Jourdan Lewis and Channing Stribling along with safeties Dymonte Thomas and Delano Hill. Bottom line: It basically will be a total rebuild for the Wolverine defense in 2017. And Peppers will be the biggest missing piece.

Even with that attrition, in addition to some big losses on offense, look for Michigan to be among the favorites in the Big Ten East next season. But, no doubt, the Wolverines will have a markedly different look.