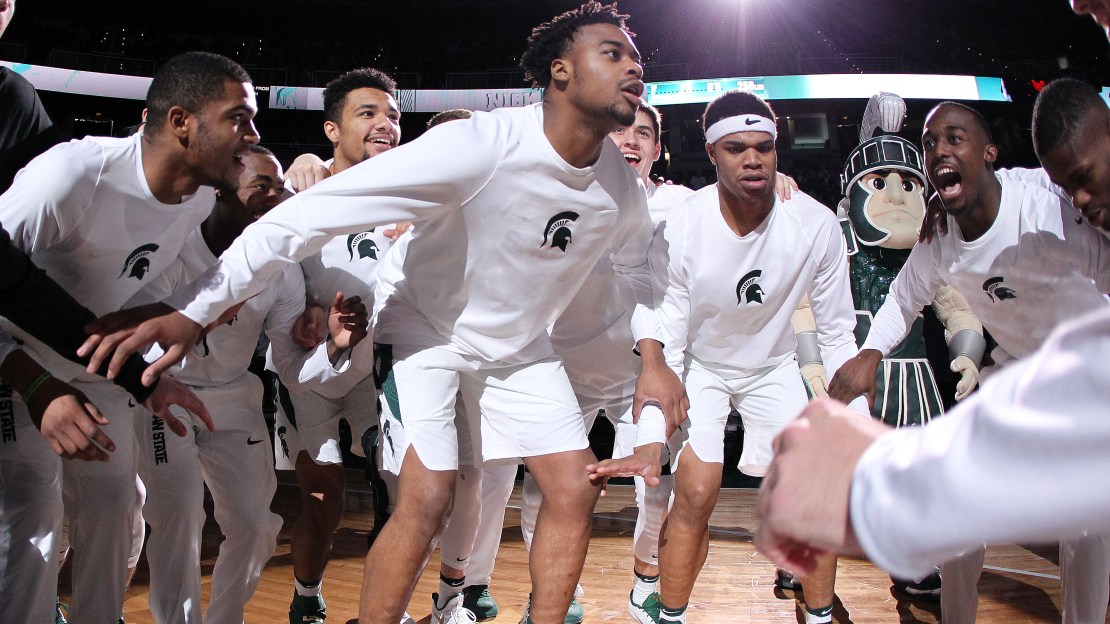 The No. 1 player in my Big Ten Player Rankings is a no-brainer. It's Purdue star Caleb Swanigan, once again, and it's not even close.

The rest of my list is a little more debatable. See it all below.

1. Caleb Swanigan, Purdue. Biggie's footwork in the post in wins over Ohio St. and Wisconsin was so impressive for a man his size. Give credit to Matt Painter and his staff for all of the offseason work with Swanigan. The sophomore now has eight (!) double-doubles in a row.
Last week: 1

2. Peter Jok, Iowa. The sharpshooter scored 30 points after halftime, including 16 in a row, in Iowa?s double-overtime defeat at Nebraska, a memorable performance followed up by his third double-double (18 points, 11 rebounds) of the season.
Last week: 3

3. Ethan Happ, Wisconsin. The super sophomore frustrated Indiana?s frontline with 19 crafty points, six rebounds, and four assists in a huge road victory. He scored 17 points and came up with a ridiculous six steals in a loss at Purdue.
Last week: 5

4. Nigel Hayes, Wisconsin. It was a rough week for the preseason Big Ten player of the year, as he shot 35 percent and averaged 3.5 rebounds in two games, a big road win at Indiana and a loss at Purdue.
Last week: 2

8. Malcolm Hill, Illinois. Hill's last four games, points/field goal attempts: 21/12, 21/10, 20/12, 21/12. A critical homestand awaits this week (Michigan and Maryland), and the consistent star might need to hoist a few more shots if Illinois is to get a couple must-wins.
Last week: 6

10. Nick Ward, Michigan State. Freshman teammate Miles Bridges gets the headlines, but Ward has been the Big Ten's most productive first-year player. The 16 points and 7.3 rebounds per Big Ten contest are nice, but it's the young star's shot-blocking prowess (3.8) that gets my attention.
Last week: NR