This week on 'The Journey:' Wisconsin's Bronson Koenig 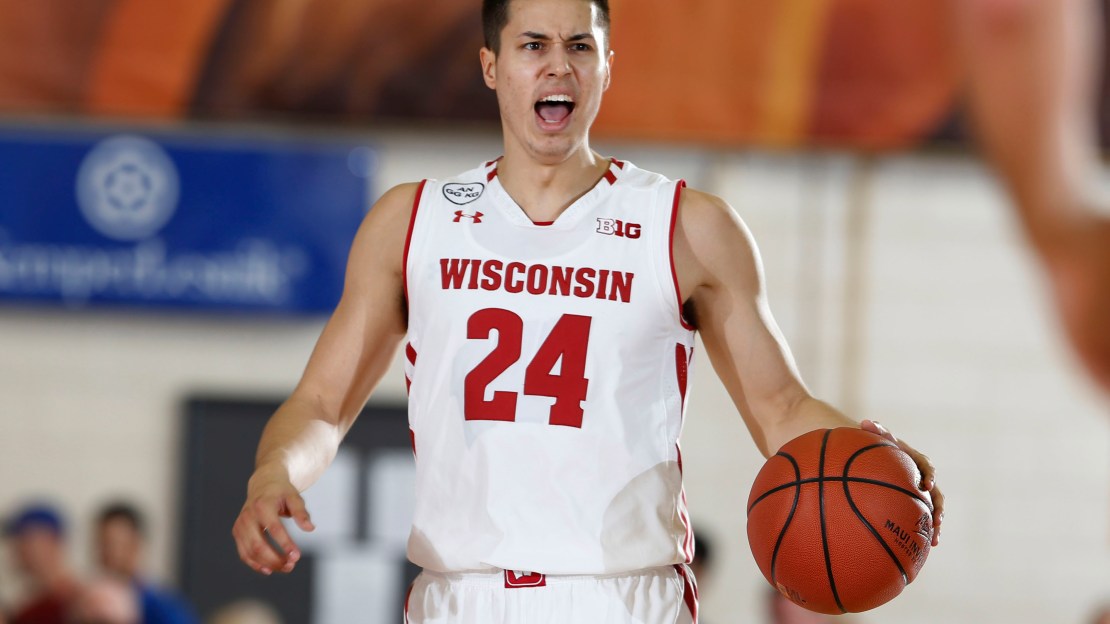 The Wisconsin senior guard hit the biggest shot of his life in the 2016 NCAA tournament, beating Xavier with a dramatic fade-away three at the buzzer. His name was in the national spotlight for a weekend last March, but much of the recognition he?s received began much earlier, and has continued long after his Badgers were eliminated in the Sweet 16.

Koenig, who is half Ho-Chunk Native American, embraced his heritage long before he stepped on Wisconsin?s campus. The Ho-Chunk community rallied around him in high school, attending his games and giving him gifts to show support. But the platform of playing at one of college basketball?s powerhouses has expanded his reach exponentially and made him a household name among Native Americans nationwide.

Playing in back-to-back Final Fours put Koenig on a stage not normally associated with Native American athletes. Only 21 out of roughly 5,000 Divison I basketball players were Native American in 2015-16, so it?s natural that Koenig has provided inspiration to a devoted following that has transcended individual tribes.

When controversy surrounding the Dakota Access Pipeline put Native American issues at the forefront of the national news cycle in late 2016, Koenig knew he had to support the community that has been behind him all along. As thousands of people descended upon Standing Rock Sioux Reservation in North Dakota to protest the route of the pipeline, Koenig drove 13 hours with his brother and a trailer full of donated supplies to join them.

?I felt a calling to stand up and give back to my people any way I could,? Koenig said.

And give back he did. Koenig conducted basketball clinics with Native American kids on a driveway-style hoop, despite difficulty dribbling on dirt and grass. When the Department of the Army announced in December that a permit would not be granted to complete the pipeline's planned route, it was a victory for Koenig and the thousands of fellow Native Americans who came together at Standing Rock for a common cause.

Bronson Koenig (Ho-Chunk) working with the youth this morning at the camp sites on the Standing Rock reservation pic.twitter.com/mzvcZGBgWV