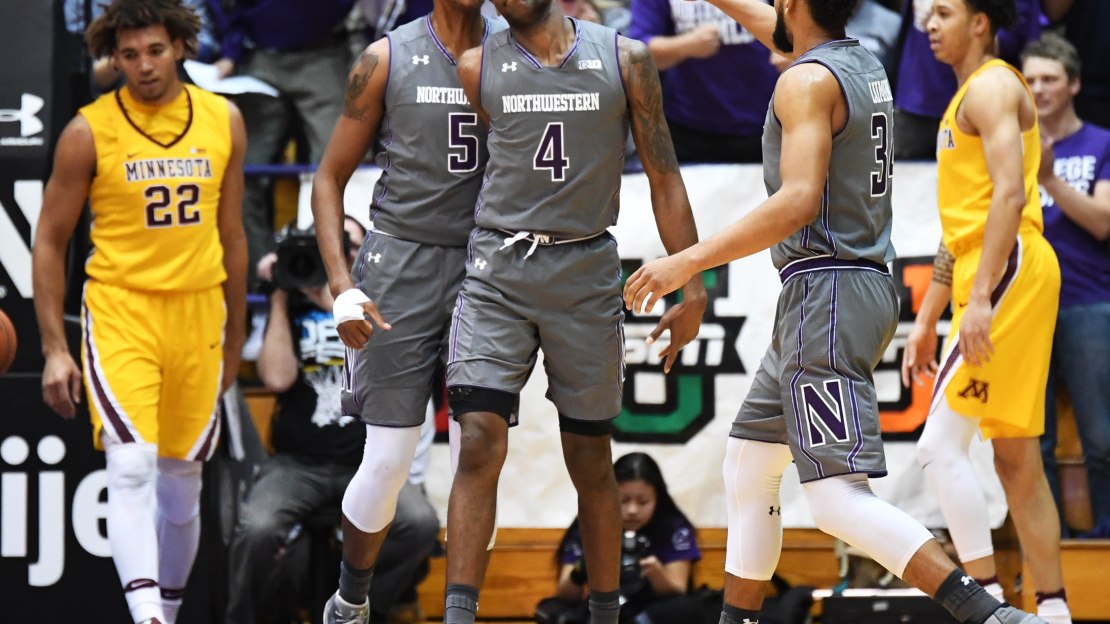 (AP) Scottie Lindsey scored 15 of his 19 points in the second half, and Northwestern withstood a 16-0 Nebraska run spanning the halves to defeat the Cornhuskers 74-66 on Sunday.

Tai Webster scored 17 points to lead the Huskers (9-7, 3-1), who entered the day alone in first place in the Big Ten before losing for the first time in five games.

Northwestern made its first five 3s of the second half, with Law hitting one to give the Wildcats a 56-50 lead. The Huskers got no closer than five points the rest of the way.

Jack McVeigh started it when he came off the bench and hit a 3. Webster converted a 3-point play after making a steal and layup, Isaiah Roby hit a 3 and Webster drove the basket again for a one-point lead. Evan Taylor stole the ball from Gavin Skelly on the other end and got the ball to Webster. The senior from New Zealand stopped and popped a 3-pointer just before the buzzer to make it 37-33, with teammates mobbing him at half court before they headed to the locker room.

The 14 game-turning points were all scored in the last 1:42 of the half, and the Huskers were up 39-33 when Michael Jacobson made the first basket of the second half.

Northwestern matched its season high with 11 3s on 24 attempts.

The Wildcats shot 50 percent in the second half and 51 percent for the game. The Huskers mustered just 37.5 percent after halftime and 43.1 percent overall.

The Huskers, trying to start conference play 4-0 for the first time since 1975-76, got 12 points from Jacobson and 11 from Taylor. But Glynn Watson Jr., who had a career-high 34 against Iowa on Thursday, was held to just six points.

Northwestern: The Wildcats are in the middle of playing four of its first five conference games on the road for the first time since 1955-56. Beating the Huskers was almost a must for a team that harbors hopes of making the NCAA Tournament for the first time.

Nebraska: The Huskers were coming off their thrilling 93-90 double-overtime victory over Iowa on Thursday, and it didn't look like they were short on energy in the early minutes of the game. But it became apparent fatigue was a factor as Northwestern began winning most the loose balls and Nebraska's shooting took a dive in the second half.