Caleb Swanigan, No. 20 Purdue down No. 13 Wisconsin 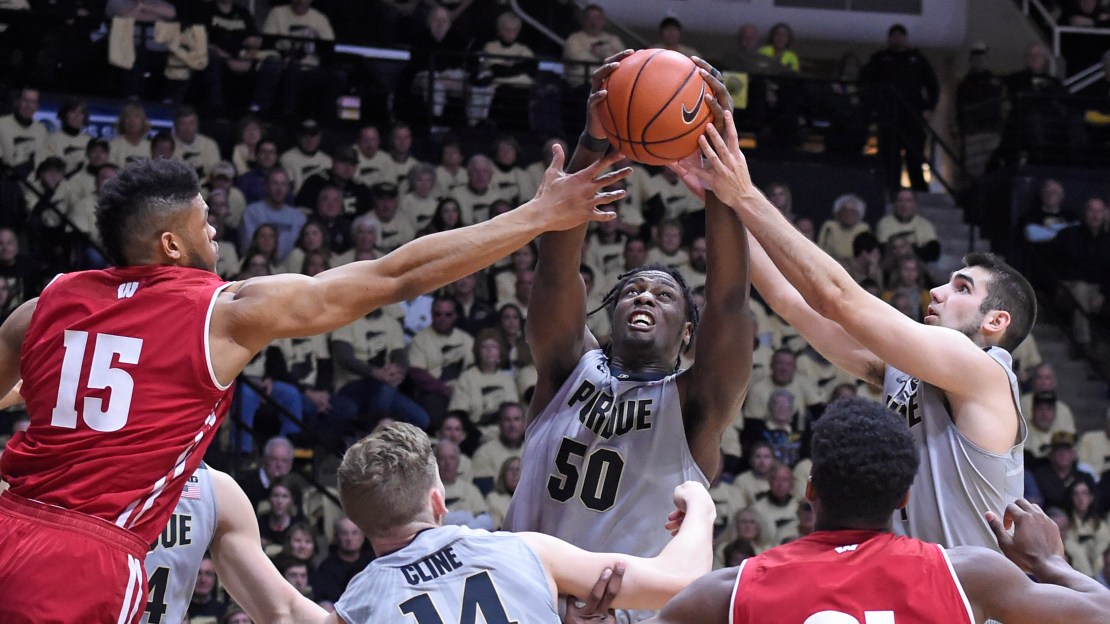 (AP) Caleb Swanigan had 18 points and 13 rebounds to help No. 20 Purdue get past No. 13 Wisconsin 66-55 Sunday, ending the Badgers' nine-game winning streak.

Wisconsin trailed 40-36 with 14:35 to go when D'Mitrik Trice missed an open layup that would've cut deficit.

The Boilermakers responded with a 12-0 run and led by at least 11 the rest of the way.

Purdue's defense never allowed the Badgers to get in sync. The Boilermakers used their size and strength inside to create problems for the Badgers, who shot 39 percent from the field, were 2 of 14 on 3-pointers and got outrebounded 34-22.

Wisconsin: Somewhere along the line, the Badgers were bound to stumble and it finally happened in a venue where they have only won three times in school history. If they do slide in the new poll, the Badgers shouldn't go far after finishing the week 1-1 with road games against two Top 25 foes.

Purdue: The Boilermakers expected to contend for a conference title and this win proves they should be in the mix in March – especially if they keep winning at Mackey Arena. And with trips to Iowa, Michigan State and Nebraska and home dates against Illinois, Penn State and Northwestern next up, the Boilermakers have a chance to pull ahead of the pack.

Wisconsin: After a week on the road, the Badgers return home Thursday to host Ohio State.

Purdue: Can pick up their third series win of the season at Iowa on Thursday.