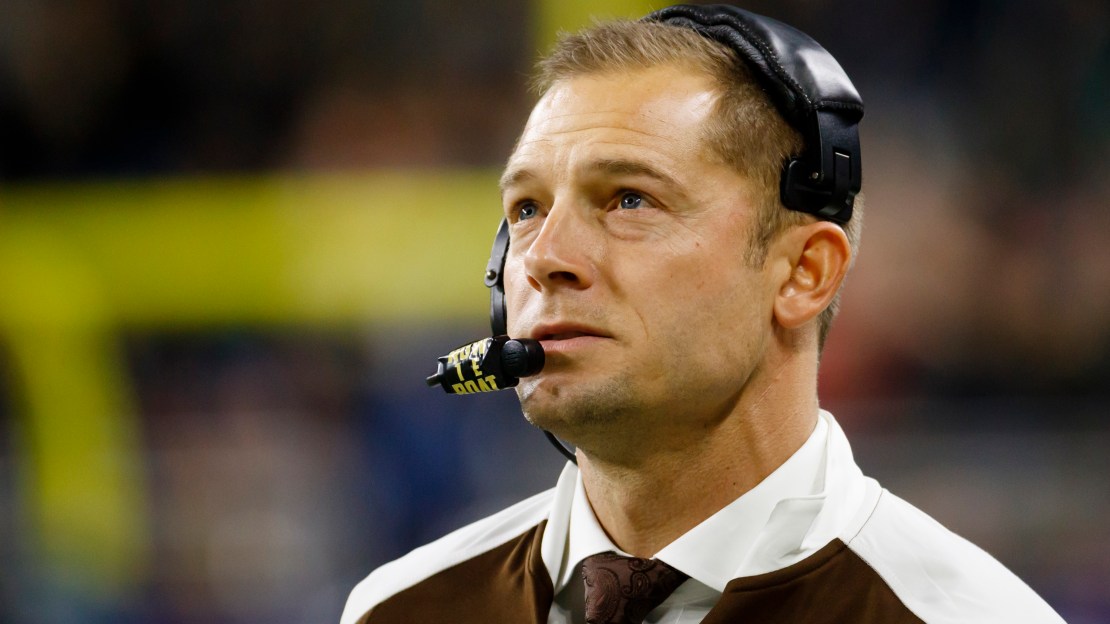 Minnesota formally announced that P.J. Fleck has been named head football coach and agreed to a five-year deal. Fleck wil be introduced today at a press conference at 3:45 p.m. ET, and the event will air live on BTN. You can also watch live on BTN2Go.

BTN.com's Tom Dienhart wrote earlier that Fleck will be a breath of fresh air for the program.

At Western Michigan, Fleck went 30-22 overall and 21-11 in the Mid-American Conference. The Broncos were 1-11 in his first year in 2013, but ended last season with a No. 12 ranking, a 13-1 record, a conference championship and a berth in the Cotton Bowl.

"P.J. is a proven winner and a strong leader. He's built a unique, positive culture that gets the best out of his students on the field and in the classroom," Minnesota Mark Coyle said in the release. "His infectious energy and passion make him a terrific coach and dynamic recruiter. I am excited he will be leading the Gophers for years to come."

He played wide receiver at Northern Illinois from 1999-2003. He started his coaching career at Ohio State as a graduate assistant in 2006. He coached wide receivers for 3 seasons at his alma mater before moving to Rutgers in the same positions from 2010-11. After a brief stint in the NFL ranks, he became a head coach in the MAC for 4 seasons before taking the Minnesota job.