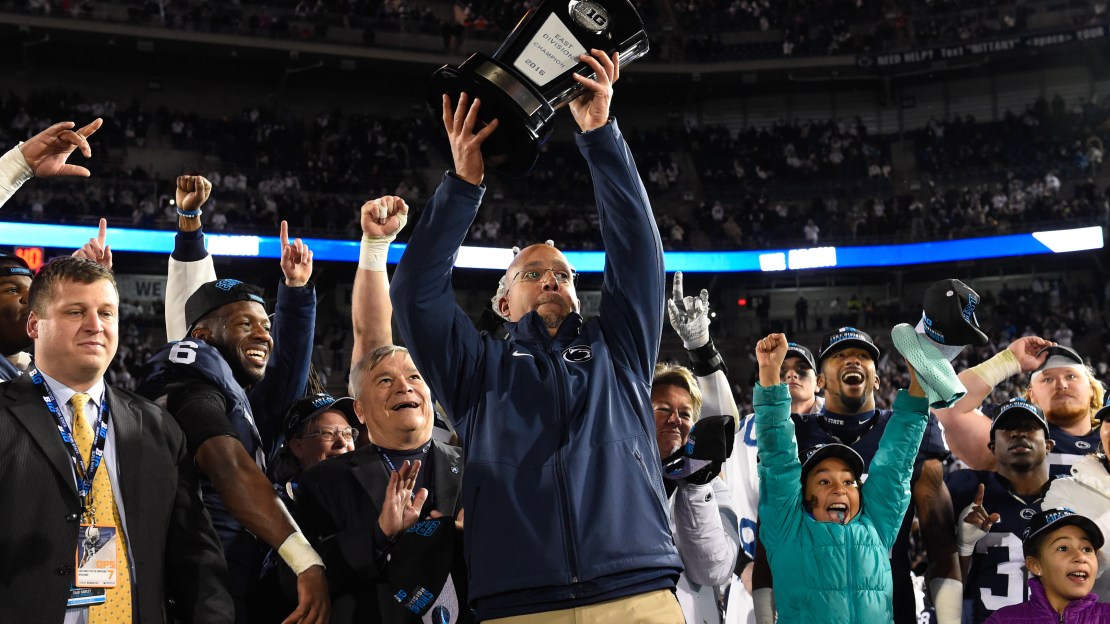 The postscript on the 2016 season has been written for the Big Ten. It?s time to look toward 2017. Lots can still happen between now and kickoff. Players have until Jan. 16 to declare for the NFL draft and some key players already have announced they are leaving.

Here is my early read on how the Big Ten could stack up next season, starting with the East Division.

1. Penn State: There is no Big Ten program with more mojo right now as almost every key player from last season will be back from a league championship squad. The offense should continue to soar with QB Trace McSorley, RB Saquon Barkley and WR Chris Godwin. Is there a better triumvirate in America? My real question: How will the Nittany Lions deal with great expectations? I have them on top for now.

2. Ohio State: In Columbus, it?s national championship or bust most every season. And the Buckeyes always have a roster capable of contending-2017 will be no different. QB J.T. Barrett will be a great cog. But the offense needs more big-play ability in the pass game and better line play. Maybe an altered offensive staff will help; it better. The defense suffered some early defections to the NFL (LB Raekwon McMillan, CB Gareon Conley, S Malik Hooker) but still should be formidable.

3. Michigan: This will be Year Three for Jim Harbaugh, and he has lots of holes to fill, with 18 senior starters gone. We know Harbaugh has recruited well; now, we get to see a raft of that talent take over. The big keys to success: The offense needs more dynamic ability and better line play. It also will be interesting to keep an eye on the quarterback spot, as Michigan continues to look for its first Big Ten title since ? 2004.

4. Michigan State: The Spartans endured a swift fall from grace last season, posting the program?s first losing record since 2009. Was that an aberration? Or a sign of things to come? Let?s bet on the former, as Mark Dantonio is a top coach. Still, MSU needs to play better in the trenches. And is there a quarterback in the house? The 2017 season will be huge in East Lansing. Huge. Can MSU keep pace with Penn State, Michigan and Ohio State?

5. Indiana: Good news, bad news. The good news-Indiana is coming off consecutive bowls for the first time since 1990-91. The bad news-the architect of that run, Kevin Wilson, is gone. He was one of the program?s best coaches in the last 50 years. How will Tom Allen perform as the new captain? He's never been a head coach. The defensive coordinator already is putting his fingerprints on the program by shaking up the offensive staff. The 2017 season will be very critical and very revealing in Bloomington.

6. Maryland: DJ Durkin will be looking to build on a successful debut that saw him guide the Terrapins to a bowl. For his next act: Notch a winning season. To do so, this defense needs to improve across the board. And let?s see how the quarterback spot plays out.

7. Rutgers: A 2-10 maiden voyage (0-9 Big Ten) further underscored the heavy lifting that awaits Chris Ash, who has a big mess to clean up as the school has an NCAA investigation hanging over its head. More time and talent are needed for a program that has untapped potential. The hiring of Jerry Kill as offensive coordinator is intriguing.