Big Ten Whiteboard: It's a big week for No. 13 Wisconsin 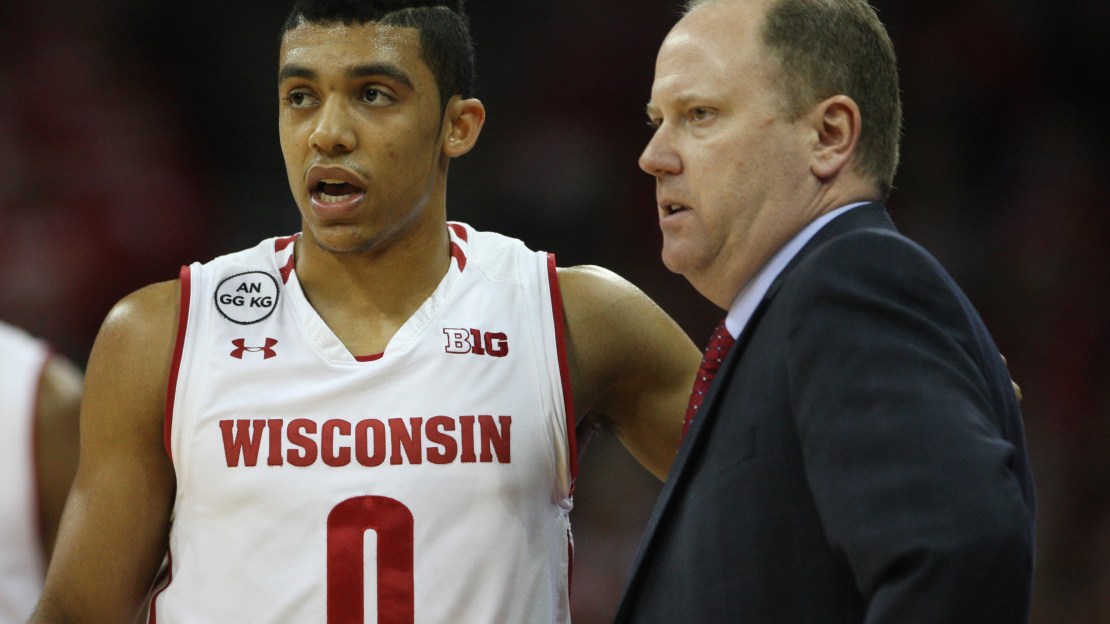 With the lid being taken off of conference play, the action in the Big Ten is starting to heat up. Michigan State (2-0), Nebraska (2-0) and Wisconsin (1-0) are the lone undefeated teams left, as Indiana and Purdue suffered upsets to Nebraska and Minnesota, respectively. Speaking of the Golden Gophers, how good are they? More shall be revealed this week.

Here's a look at the second week of the conference season.

Game of the week: Wisconsin at Indiana, Tuesday. Two of the Big Ten favorites face off in a big tilt that will go a long way in shaping the conference race. The Badgers have won four Big Ten regular-season crowns since 2002. The Hoosiers already have lost a league game at home (to Nebraska!) and can?t probably afford another slip-up.

Don?t overlook this game: Iowa at Nebraska, Thursday. As mentioned above, the Huskers are 2-0, thanks to big-time upsets at Indiana and Maryland. Now, Nebraska opens up its home slate vs. Peter Jok and the inexperienced, yet talented, Hawkeyes. With Nebraska's manageable conference schedule this season, a 3-0 start would be a huge boost to the team's 2017 title chances.

Must win: Michigan State at Penn State, Saturday. Yes, the Spartans have taken their lumps so far this season, but they figure to be a factor in the league race when it?s all said and done. But to do so, MSU-already 2-0 in Big Ten play–needs to win at Penn State. Road wins are difficult to get, and this is a winnable tilt vs. a still-developing Nittany Lions squad.

Best individual matchup: Malcolm Hill vs. James Blackmon Jr., Saturday. Hill is No. 2 in the Big Ten in scoring (18.6 ppg), while Blackmon is fifth (17.3 ppg). It won?t get much better than this all season, as these are two of the premier scorers-and talents–in the Big Ten.

Upset alert: Purdue at Ohio State, Thursday. Could the Buckeyes knock off Purdue when the Boilermakers visit? Perhaps. The Buckeyes are a team to watch and have something to prove after missing the Big Dance last year. OSU knows a win vs. a quality foe like Purdue could do wonders not just for the NCAA resume ? but also for Ohio State?s psyche. OSU?s length and athletic ability could pose issues for the Boilers, who once again lack dynamic athletic ability and struggle to defend dribble penetration.

Big week: Wisconsin. Holy-moly!!! The Badgers begin the week with a game at Indiana on Tuesday and finish the week at Purdue on Sunday. It doesn?t get any tougher than that. If the Badgers can earn a split out of their double-dip in the Hoosier State, it will be a big boon to their Big Ten title hopes. But, don?t be shocked if Wisconsin beats both IU and Purdue. This is a seasoned squad that won?t be intimidated by any team or venue.