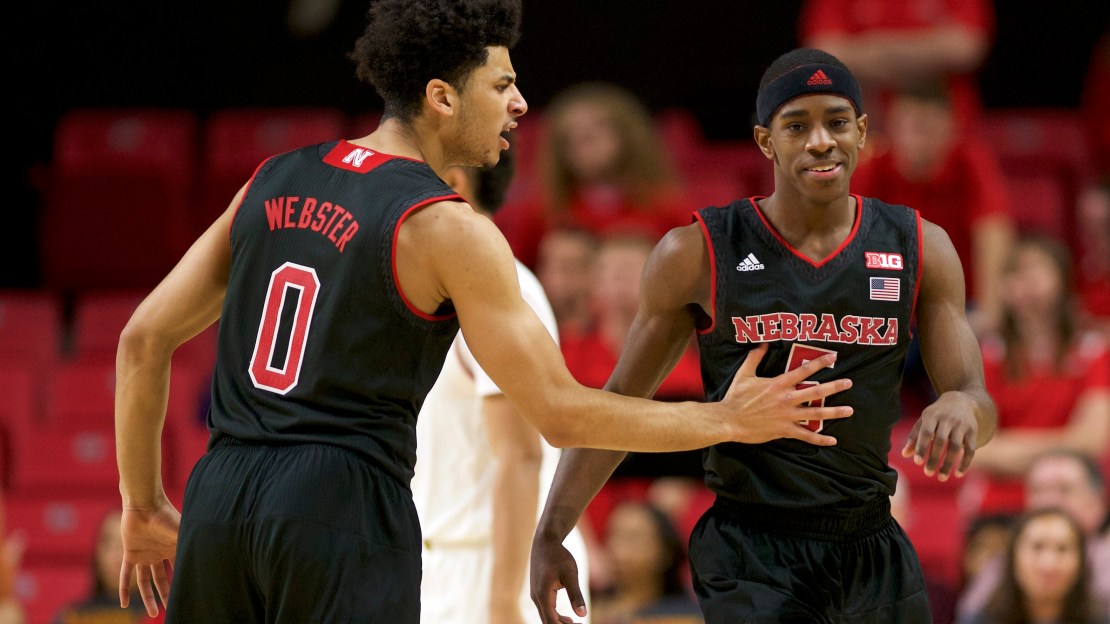 The Cornhuskers trailed 65-53 with six minutes left before charging back behind Webster, who scored the game's final seven points.

Maryland still had a chance to salvage the victory, but Melo Trimble fired up an air ball with five seconds left and clanged a shot off the rim just before the buzzer.

Trimble finished with 14 points on 5-for-15 shooting and had three turnovers.

It was the second straight comeback win for the Cornhuskers, who used a 54-point second half to pull off an upset at No. 16 Indiana on Wednesday.

After Nebraska took a 41-33 lead early in the second half, Trimble hit a 3-pointer and Justin Jackson sank a layup to spark a 10-2 run that evened the score.

The Cornhuskers answered with successive layups, but would not score again over the next four minutes.

Maryland's 17-point surge included four-point plays by Trimble and Huerter. That gave the Terps a seemingly secure lead, but they added only five points over the final eight minutes.

Watson scored 12 points in the first half and the Cornhuskers went 4 for 5 from beyond the arc in taking a 34-30 lead.

Huerter kept the Terrapins close with 13 points, including six in a 10-0 run that erased a 26-19 deficit.

Maryland missed 11 of its first 13 field goal tries and shot 33 percent before the break.

Nebraska: The Cornhuskers look like they just might make some noise in the Big Ten this season.

Maryland: Coming in, the Terps appeared on the brink of reaching the Top 25.

Nebraska: The Cornhuskers host Iowa on Thursday night. The Hawkeyes lead the series 18-9, but Nebraska is 7-5 at home.

Maryland: The Terrapins get a five-day break before facing Michigan on the road Saturday afternoon.