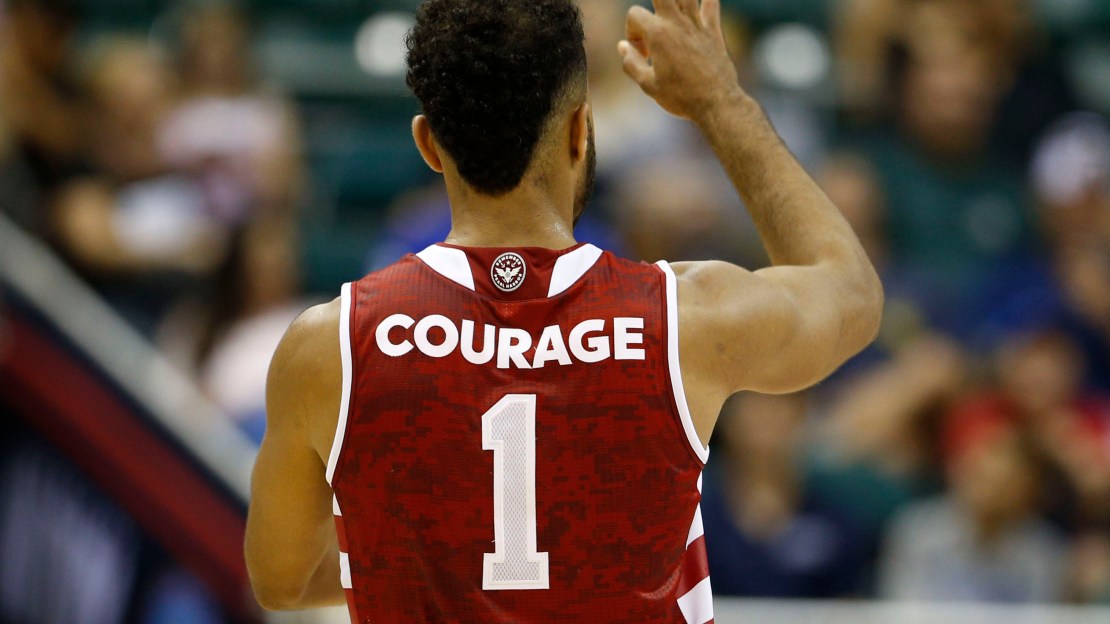 Every Monday during the 2017 Big Ten basketball season I'll preview three conference games to keep an eye on throughout the upcoming week.

Considering there's a non-conference matchup included in this preview and it's still technically 2016, we're already off to a great start.

Below are three games you should be watching this week as Big Ten play gets underway.

The first day of Big Ten play features two teams that have been tough to pinpoint this season. Maryland's 12-1 record is gaudy, but three of the Terps' more noteworthy wins come against likely bubble teams by a grand total of three points combined. If you're an optimist, these close calls can be spun to Maryland's benefit as the season wears on using the "This team knows how to win!" angle. A more cynical analysis would say the Terps are lucky to have their lone blemish be a 14-point loss to Pitt. Melo Trimble has been a horse, but how far can he carry them in the Big Ten?

This matchup with the enigmatic Illini should be a good test for both teams right off the bat. If not for a disastrous Thanksgiving Week where John Groce's guys dropped three straight (including a baffling home loss to Winthrop), Illinois might be at the forefront of the conversation as a dark horse Big Ten title contender. But for now they'll have to prove that their senior-laden lineup is capable of carrying Groce to his first winning conference record in five seasons in Champaign. The Illini have a steep start to the Big Ten schedule in the month of January, but stealing one in College Park could carry some weight on Selection Sunday.

This New Year's Eve matchup isn't between two Big Ten teams, but it features contenders for both the ACC and Big Ten titles in Louisville and Indiana. Both teams will have a conference game under their belts when they meet at Banker's Life Fieldhouse in Indianapolis for the Countdown Classic, and neither has much to lose besides bragging rights. The Cardinals and Hoosiers already have signature wins in the non-conference and will be looking to add another marquee victory that could boost their seeding position come March.

Indiana has a chance to make up for a tough loss on the same floor two weeks earlier, when the Hoosiers fell to Butler, 83-78. With low stakes and high-level talent for both squads, this should be a fun holiday sports appetizer before the College Football Playoff gets underway later in the evening. Maybe we'll get to see Indiana's OG Anunoby make another ridiculous dunk look remarkably easy.

I never would have circled this as an intriguing matchup before the season started, but Minnesota has forced their way into the conversation with a 12-1 start. After a dreadful season last year in Minneapolis, Richard Pitino has constructed a roster that looked pretty solid in their march to 12 non-conference wins. Thanks in large part to newcomers Reggie Lynch (8.5 points, 6.2 rebounds per game) and Amir Coffey (11.9 ppg), the Gophers' go-to guys like Jordan Murphy and Nate Mason have enough help to make Minnesota a nightly threat. Their sleeper status could take a hit before their New Year's Day trip to West Lafayette with a bad showing Dec. 28 vs. Michigan State, but their challenging early Big Ten schedule also offers the Gophers a chance to prove their non-con success wasn't a fluke.

Purdue has more than enough size and skill to overwhelm Minnesota at home, and the Boilers are nearing must-watch territory nearly every game with how Caleb Swanigan has been playing. Entering this week, Biggie averaged 26.3 points and 17 boards over his previous three games. Is it too early to give him the Big Ten Player of the Year award right now?

How dominant has Biggie been?