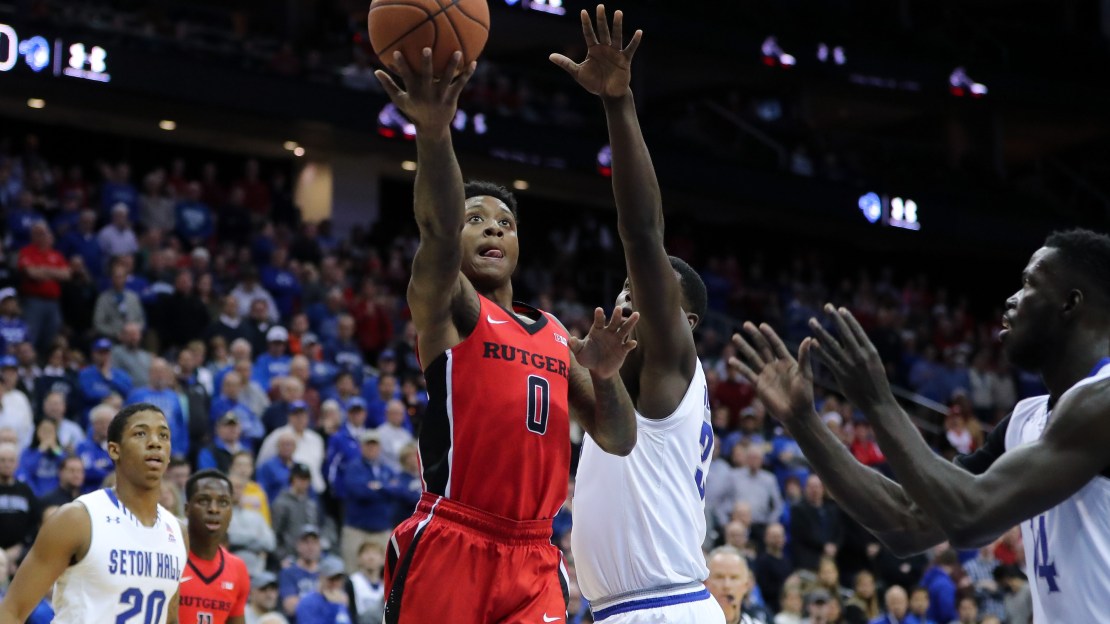 NEWARK, N.J. (AP) Angel Delgado had 19 points and 16 rebounds and Khadeen Carrington scored 20 points to lead Seton Hall to a 72-61 victory over cross-state rival Rutgers on Friday night at the Prudential Center.

The game has been called the Garden State Hardwood Classic since 2014. The rivals have played every year since 1995-96 with the series dating to 1916. Seton Hall has won last four meetings and this was the second straight MVP award for Delgado.

The win was sixth straight overall for the Pirates (10-2) and it snapped a five-game winning streak for Rutgers (11-2).

The game was tied for the eighth and final time at 51-51 with 7:43 left when the Pirates went on 8-2 run with Delgado scoring six of the points.

Desi Rodriguez, who added 13 points, had two straight driving baskets that gave Seton Hall a 62-55 lead with 2:59 to play.

Corey Sanders had 17 points and Nigel Johnson added 16 for the Scarlet Knights, who led 32-23 at halftime.