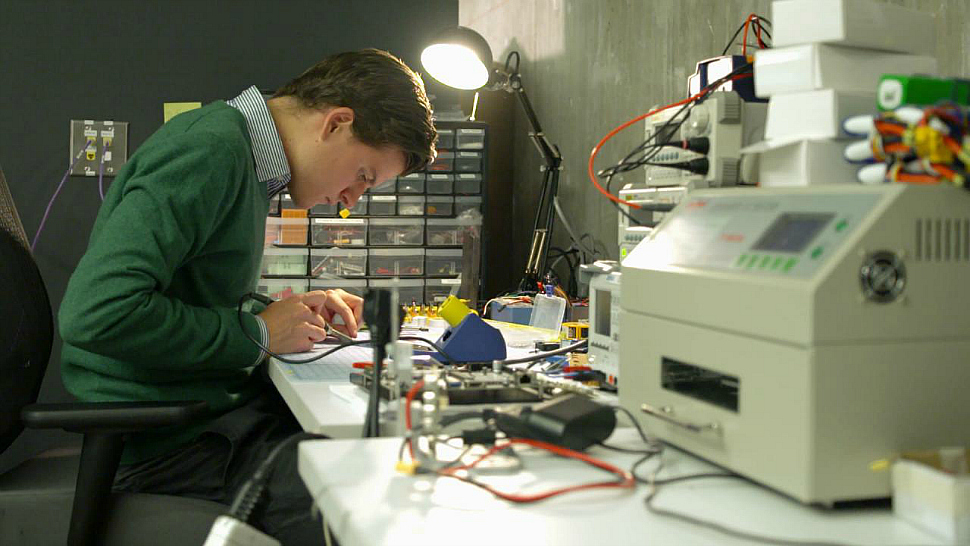 In 1851, the North Western University was chartered as the first university in the state of Illinois, beginning a proud legacy as a global leader among institutions of higher education.

Today, the modern Northwestern University carries forth that legacy and nowhere is that more evident than in our 2016 LiveBIG vignettes. These videos tell stories of Wildcats engaging with their communities and their peers to build a brighter tomorrow. From veterans helping veterans succeed to dedicated alumni preserving history for generations to come, it?s easy to see why this Big Ten original garners global respect.

Join us as we  celebrate Northwestern students, alumni, faculty and staff making a lasting and positive mark on the world around them.

?It?s one thing I think a lot of us miss,? said Mike Dawson, a Michigan alum and former lieutenant in the Navy. ?When you?re in the military and serving on a ship, as I did, they become your family.?

But Dawson, a co-founder and chief operating officer of CloudSpotter, has found those kinds of bonds at The Bunker, a start-up incubator established by former Navy officer and Northwestern alumnus Todd Connor to help his fellow vets find camaraderie and guidance as they launch new businesses.

A 'United' front in the war against inner-city violence: BTN LiveBIG

In my 10 years of working on video content, I?ve had a handful of shoots in elementary schools.  As a producer, you get excited knowing you?re going to capture footage of cute kids having fun and smiling. Add some slow motion to that and you?ve got gold!

When I walked into Earle STEM Academy in the Englewood neighborhood on Chicago?s South Side, that?s exactly what I saw ? on the surface.

I was profiling Liberty United, an organization started by Northwestern alumnus Peter Thum. This group works in communities in the Chicago and New York areas affected by gun violence. They receive confiscated weapons from law enforcement, and then melt down the metal to create jewelry. The revenue from the jewelry sales is then given right back to those communities.

For decades, the roundhouse in Chicago?s Washington Park sat underutilized, its grand exterior belied its use as an oversized equipment shed. But in 2004, the former stable and carriage repair facility was given a new lease on life - literally.

?It was gifted to the museum with a 99-year lease from the Chicago Park District,? said Clarence Bourne, board chairman of the DuSable Museum of African American History and a Northwestern University alum.

Northwestern entrepreneurs hammer out plans in 'The Garage': BTN LiveBIG

Executive Director Melissa Kaufman helped shape The Garage from its earliest stages, creating a space whimsical enough to allow students the freedom to dream and open enough to foster community.

?It?s one of the few spaces on campus [where] we have students from undergraduate freshmen to Kellogg MBAs to PhD students and they?re all working side by side,? says Kaufman, a veteran of the tech sector in Silicon Valley. ?We draw on students from every college and school here at Northwestern. It helps create a really special place.?