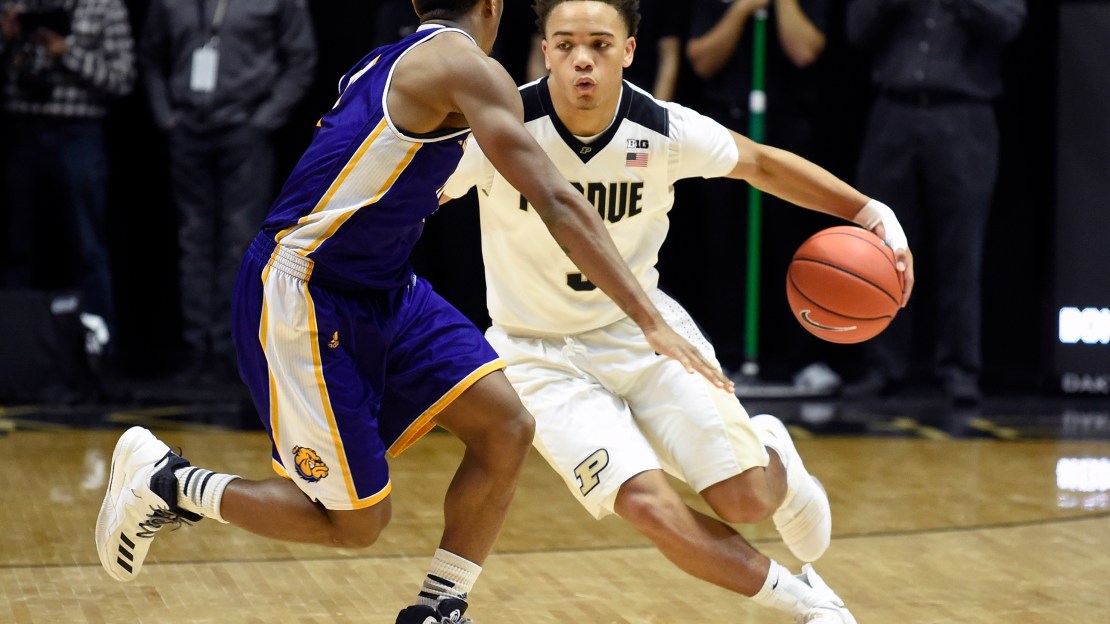 Swanigan went 7 for 16 from the field and 6 for 7 at the free-throw line in his ninth double-double of the season. He had 26 points and 10 rebounds in Saturday's 86-81 victory against No. 25 Notre Dame in the Crossroads Classic.

Purdue (10-2) also got 16 points from Vince Edwards in its fifth consecutive victory.

Mike Miklusak, an Indiana native who attended high school 85 miles from the Purdue campus, led Western Illinois (3-8) with 16 points and 11 rebounds. Western Illinois shot 31 percent (19 for 61) from the field.

The Boilermakers improved to 6-0 all-time against the Leathernecks.

Swanigan, Haas and Vince Edwards combined for 33 points and 17 rebounds in the first half, helping Purdue to a 44-28 lead at the break.

The Boilermakers raced out to a 13-3 lead, but Western Illinois closed to 27-22 with 6:16 remaining on a 3-pointer from Miklusak. The Boilermakers then responded with a 12-0 run.

Western Illinois: The Leathernecks showed an ability to shoot 3-pointers, going 8 for 15 from beyond the arc in the first half – but are a sub-.500 team in large part because their interior players lack the size or skill to play with teams whose low-post players are the focal point of the offense, like Purdue.

Purdue: Big Ten Player of the Week Swanigan continues to dominate at both ends of the floor, a big reason why the Boilermakers are unbeaten since a Nov. 30 loss at Louisville. If Purdue defeats Norfolk State on Wednesday, it will take an 11-2 record into the Dec. 28 Big Ten opener against Iowa.