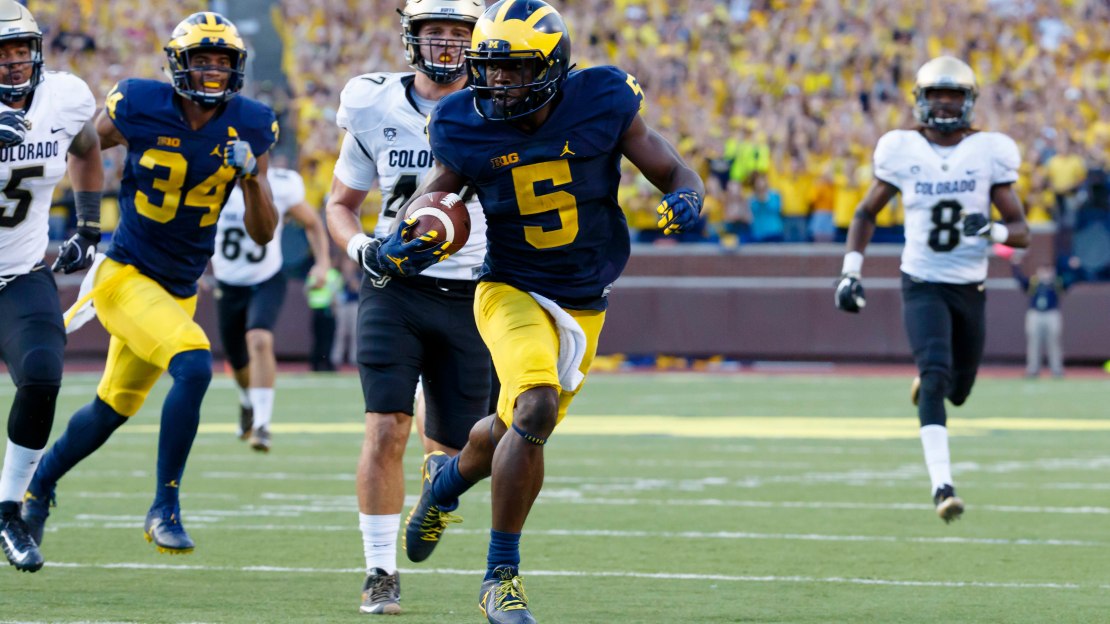 Two seasons, 20 wins. Jim Harbaugh has Michigan rolling. But, he has yet to capture a Big Ten East title, finishing third each of his two seasons. And, as a result, the program still hasn?t won a Big Ten crown since 2004.

Still, you get the sense the Wolverines are poised for a big breakthrough. And there would be no better way to kick start a big third season for Harbaugh than with an Orange Bowl win vs. Florida State. That would give him a lot to Tweet about, right?

Defense was the backbone of the 2016 Wolverines. Credit coordinator Don Brown, who was brought in from Boston College after DJ Durkin left to coach Maryland. The boffo defense was led by talent like do-it-all Jabrill Peppers, linemen Taco Charlton, Chris Wormley and Ryan Glasgow, linebacker Ben Gedeon and defensive backs Jourdan Lewis, Channing Stribling and Delano Hill. Lewis was named Big Ten Defensive Back of the Year.

Meanwhile, the offense took flight under first-year starting QB Wilton Speight, who was a revelation. Speight was assisted by wideouts Amara Darboh and Jehu Chesson along with tight end Jake Butt and running back De?Veon Smith. Butt won the Mackey Award as the nation?s top tight end and was tabbed the best at his position in the Big Ten.

Add it all up, and there is a lot to smile about in Ann Arbor.

Low point: On Nov. 12, Michigan rolled into Iowa City with a 9-0 mark and No. 3 ranking and was thinking big. But the Wolverines left with their first loss of the season, falling 14-13 to the unranked Hawkeyes on a last-second 33-yard field goal. Despite the loss, Michigan still was in the playoff hunt. But those dreams ended with a soul-crushing 30-27 double OT loss at Ohio State in what many feel was the ?Game of the Year.? Jim Harbaugh ranted afterward about the officiating, especially with how the ball was spotted after a huge fourth-and-one play on OSU?s second OT possession that resulted in a first down. On the next play, Ohio State scored the winning touchdown. "That was not a first down," Harbaugh huffed. "I'm bitterly disappointed with the officiating today." Running the ball was an issue in each loss for the Wolverines. Michigan had just 98 yards on the ground vs. Iowa and 91 vs. Ohio State.

Offensive MVP: QB Wilton Speight. The 6-6, 243-pound junior won the job in camp over John O?Korn and never looked back as the triggerman for Jim Harbaugh?s offense. Speight is hitting 62 percent of his passes for 2,375 yards with 17 TDs and six interceptions.

Defensive MVP: Jabrill Peppers. The Swiss army knife earned numerous honors-Big Ten Defensive Player of the Year, Big Ten Linebacker of the Year, All-American –en route to finishing fifth in Heisman voting. Peppers played all over, at linebacker, safety, nickel back in addition to taking reps on offense en route to gaining 167 yards rushing. On defense, he notched 72 tackles, 16 TFLs, four sacks and a pick. Oh, and the 6-1, 205-pound junior also ran back punts, taking one to the house.