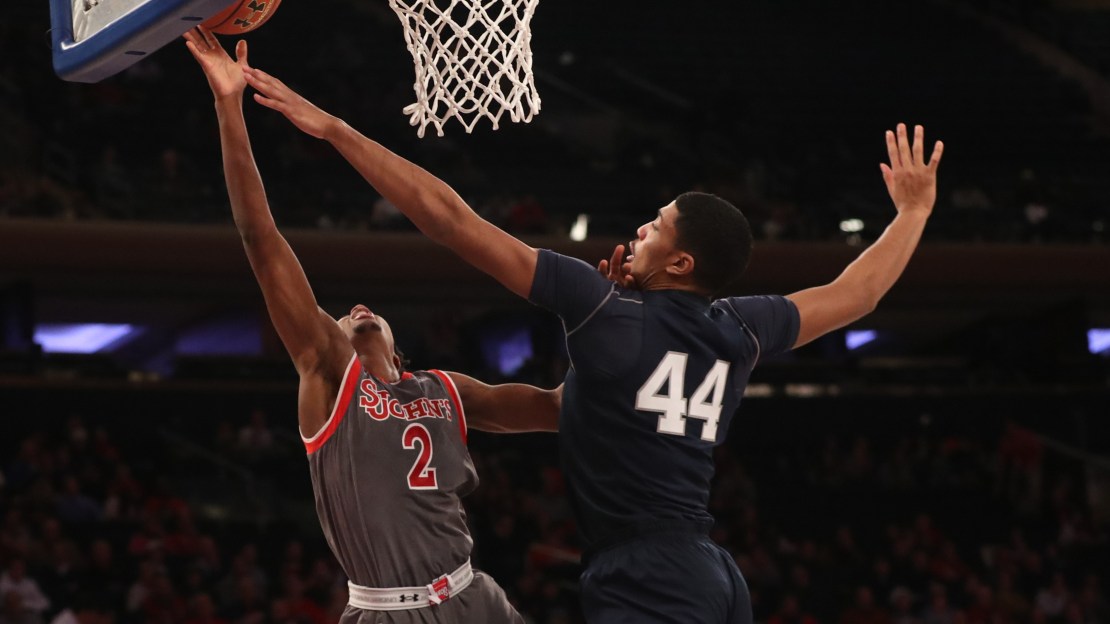 NEW YORK (AP) Shep Garner scored 21 points and was 6 for 9 from 3-point range to lead Penn State to a 92-76 victory over St. John's on Sunday in the Holiday Festival at Madison Square Garden.

Garner's effort from beyond the 3-point arc was part of Penn State shooting 13 for 23 from long range (56.5 percent), well above the 33 percent it was hitting this season.

Payton Banks had 17 points and was 5 of 9 on 3s for Penn State, which won its third straight. Mike Watkins had 15 points and 13 rebounds and Josh Reaves and Tony Reaves added 13 points each for the Nittany Lions.

Malik Ellison led the Red Storm with 22 points while Shamorie Ponds added 12 and Tariq Owens had 11 points and 11 rebounds.

St. John's: This was the Red Storm's 50th appearance in the Holiday Festival and they came in with a 73-58 record including a six-game winning streak. … Kassoum Yakwe and Owens are the leading shot-blocking duo in the country. They came into the game with a combined 63 blocks. They both had one Sunday… This was St. John's third straight game in a different New York City borough. They played Fordham in Queens, LIU Brooklyn in Brooklyn and Penn State in Manhattan.

St. John's: The Red Storm are at Syracuse on Wednesday, then open Big East play at home against No. 18 Butler.