No. 2 UCLA uses second half push to pull away from Ohio State 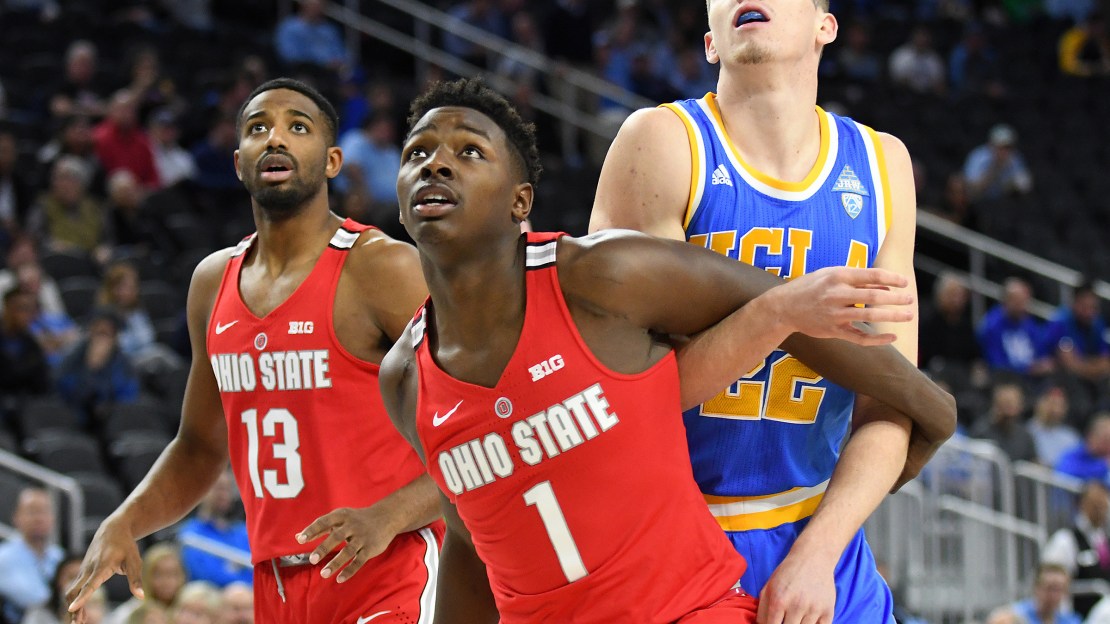 Isaac Hamilton scored 17 points and T.J. Leaf added 13, including a steal and layup that sparked the decisive run for the Bruins (12-0). They continued their best start since being 14-0 in 2006-07.

After a sloppy, 12-turnover first half, UCLA led 44-40 when Leaf stole Micah Potter's pass under Ohio State's basket and scored over Potter. It started a 7-0 run that concluded with Leaf's 3-pointer with 16:53 left.

Alford's 3-pointer with 1:49 left put the Bruins up 81-71 and stopped Ohio State (8-3) from mounting a late comeback in the first game of the CBS Sports Classic.

Marc Loving scored 13 of his 19 points in the first half, Jae'Sean Tate added 15 and Keith Bates-Diop scored 13 for the Buckeyes, who lost for the third time in five games.

It was UCLA's first game in Las Vegas since bowing out of last season's Pac-12 Tournament with a blowout loss to rival Southern California in the first round. It closed a 15-17 season and led coach Steve Alford to issue an apology.

The addition of a couple of star freshmen had transformed the Bruins in their return. While Ball (eight points, 3-of-8 shooting) was quiet, Leaf provided the athleticism and versatility missing from last season and Holiday picked up the scoring slack in the backcourt.

UCLA: Ball's arrival meant Holiday, last season's starting point guard, was demoted. But the sophomore showed he can still make an impact. He had four rebounds and made 8 of 10 free throws. UCLA weathered a lackluster first half by upping the tempo in the second half behind Holiday.

Ohio State: The Buckeyes played a solid first half and did a good defensive job on Ball, but couldn't stay with the speedy Bruins after halftime. Still, it was an inspired performance that should help their confidence following a shocking home loss to Florida Atlantic earlier this month.

While Ball shot poorly, he had nine rebounds and nine assists. His dunk of an alley-oop pass with just under 2 minutes left made it 83-71.

UCLA hosts Western Michigan on Wednesday in its final non-conference game. The Pac-12 opener is a week later at No. 22 Oregon. The Bruins will return to Las Vegas for the Pac-12 Tournament in March.