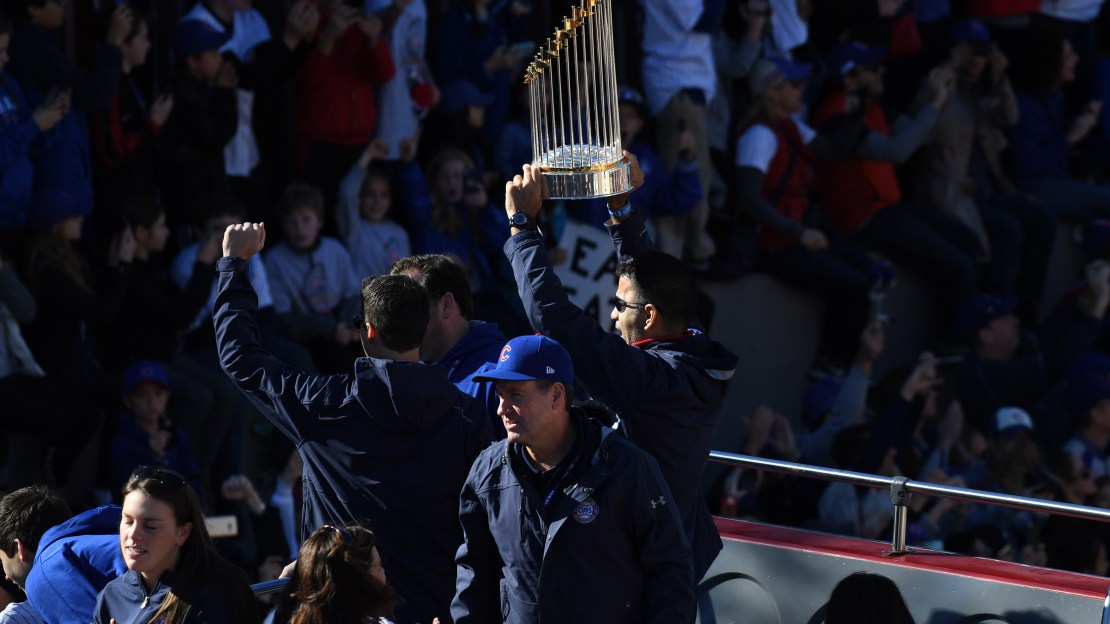 When Illinois and Northwestern take Chicago's United Center floor in the inaugural event Saturday, the Chicago Cubs' 2016 World Series championship trophy will be in the building as well. State Farm announced the plans to host the trophy with the Cubs, who are currently putting on a multi-city tour to show off their hardware. Fans will get a chance to pose with the trophy Saturday during the games.

Northwestern faces Dayton to kick off the doubleheader at 7 p.m. ET, and Illinois will take on BYU afterward with a scheduled tip of 9:30 p.m. ET. Both games will be on BTN and BTN2Go.

Here's even more proof that the Cubs really did win the World Series.

With both schools' campuses' close proximity to Chicago, the trophy should be an extremely popular attraction for both fan bases. It might even be enough to chill the Illini-Wildcat rivalry, at least for one evening.