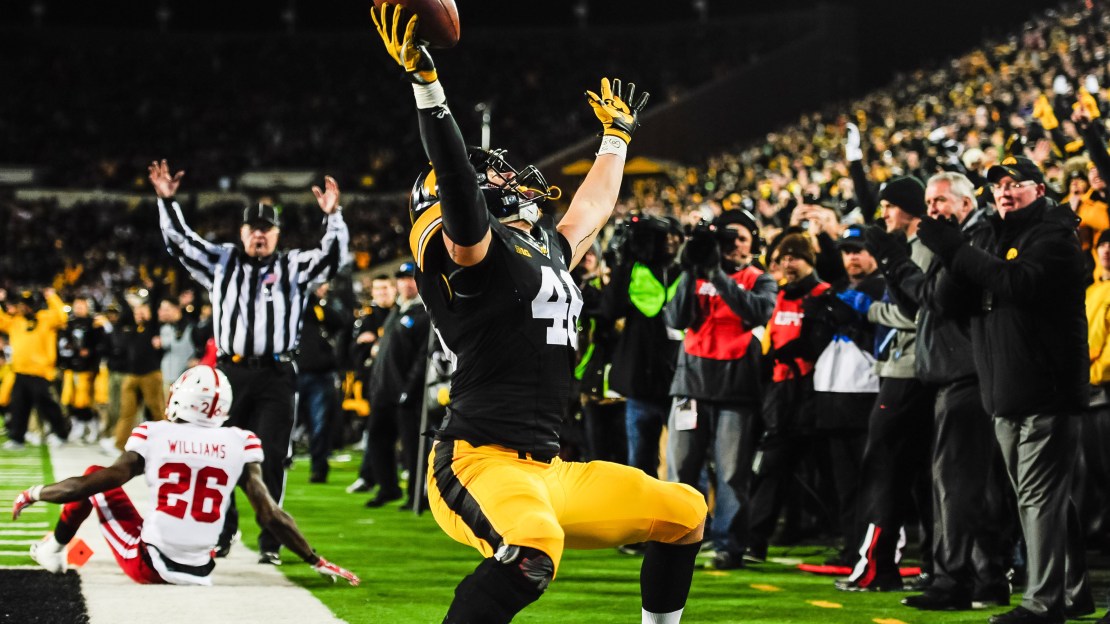 No, Iowa didn?t recapture the magic of 2015, when the Hawkeyes opened a school-record 12-0 and went on to win the Big Ten West and advance to the Rose Bowl for the first time since the 1990 season in a 12-2 season of glory.

Still, the 2016 campaign has been a success, as Iowa finished second in the West and is in a bowl for the fourth season in a row and the 14th time in the last 16 years. The Hawkeyes have lost their last four bowls, so they should be motivated to end the season on an up note.

Perhaps the season would have included another division title had the offense been more explosive. Alas, the Hawkeyes lack big-play ability (losing WR Matt VandeBerg to injury hurt) and have the No. 12 offense in the Big Ten (333.3 ypg) and the No. 13 passing attack (161.3 ypg) with QB C.J. Beathard throwing to WR Riley McCarron and TE George Kittle. Still, a strong rushing attack and stout defense (17.9 ppg) have led to a successful season for Kirk Ferentz, who is in his 18th year in Iowa City.

High point: The Hawkeyes were coming off consecutive losses vs. No. 10 Wisconsin (17-9) and at No. 12 Penn State (41-14). No matter, Iowa stood toe-to-toe vs. No. 3 and unbeaten Michigan ? and won, 14-13. The Wolverines had the lead and the ball with less than two minutes left but couldn?t run out the clock. That gave the Hawkeyes one more chance ?. and they capitalized, as freshman Keith Duncan booted a 33-yard field goal as time expired to shock Michigan. The game conjured memories of Iowa?s epic 12-10 win in 1985 vs. Michigan-quarterbacked by none other than Jim Harbaugh. In that one, also in Kinnick Stadium, the No. 1 Hawkeyes won on a last-second field goal vs. No. 2 Michigan.

Low point: Yes, North Dakota State is a power that has won the last five FCS national championships. Still, that didn?t take the sting out of losing in Kinnick Stadium to the Bison, as the Hawkeyes fell, 23-21, on Sept. 17 on a last-second 37-yard field goal. It was NDSU?s sixth win in a row vs. an FBS squad, making you wonder why Iowa was playing North Dakota State to begin with. The Bison could have taken the lead with less than four minutes to go, but a two-point try failed and Iowa clung to a 21-20 lead. But the Bison got the ball back and marched to the game-winning field goal. This was total domination by North Dakota State, which ran for 239 yards and limited Iowa to 231 total yards.

Defensive MVP: LB Josey Jewell. Yes, CB Desmond King is good. And T Jaleel Johnson is a stud. But Jewell is the star of this defense. A Butkus Award finalist and All-Big Ten selection, Jewell is a sideline-to-sideline force who ranks No. 2 in the Big Ten in tackles by averaging 9.5. The 6-2, 235-pound junior helps the Hawkeyes rank No. 4 in the Big Ten in scoring defense (17.9 ppg).