Minnesota pulls away from LIU-Brooklyn, improves to 11-1 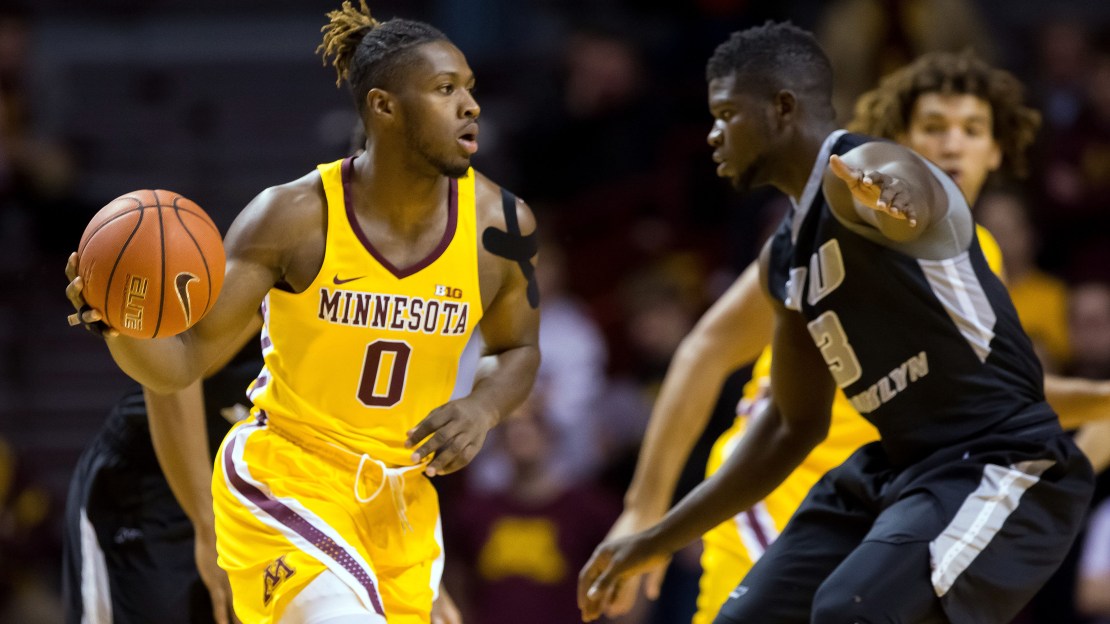 Jordan Murphy added 13 points for Minnesota (11-1) as the Gophers won their fifth straight game. Eric Curry had 11 points and a team-high eight rebounds off the bench as Minnesota used its size advantage to outscore the Blackbirds 38-20 in the paint.

Trailing by 14 at halftime, LIU Brooklyn scored the first 11 points of the second half while connecting on three 3-pointers. But three points was as close as the Blackbirds would get, despite hitting seven 3s in the second half.

Iverson Fleming had 24 points for LIU Brooklyn (7-4), which was coming off a win against St. John's. Nura Zanna had 10 points and 10 rebounds.

LIU Brooklyn: Against a team with a significant height advantage, the Blackbirds continued to outrebound their opponent. LIU Brooklyn entered the game with a plus-4.6 rebounding margin. The Blackbirds finished with a 38-32 edge in rebounding against the Gophers on Wednesday.

Minnesota: Mason is the expected leader and steadying influence as a junior point guard and the most-experienced player on the team. Mason is bringing more than leadership, though. He's developed an outside shot. Mason hit four 3s for the third time in four games. He had four or more 3-pointers just twice in his first 71 games.

LIU Brooklyn: The Blackbirds host winless Dartmouth on Dec. 18, playing a game on their home court at the Steinberg Wellness Center for the first time since a season-opening win against John Jay.

Minnesota: The Gophers have a long break before hosting Arkansas State on Dec. 23. The final game before Big Ten play isn't an easy one as Red Wolves entered Wednesday 27th in the nation in the Ratings Percentage Index and defeated Georgetown earlier this season.