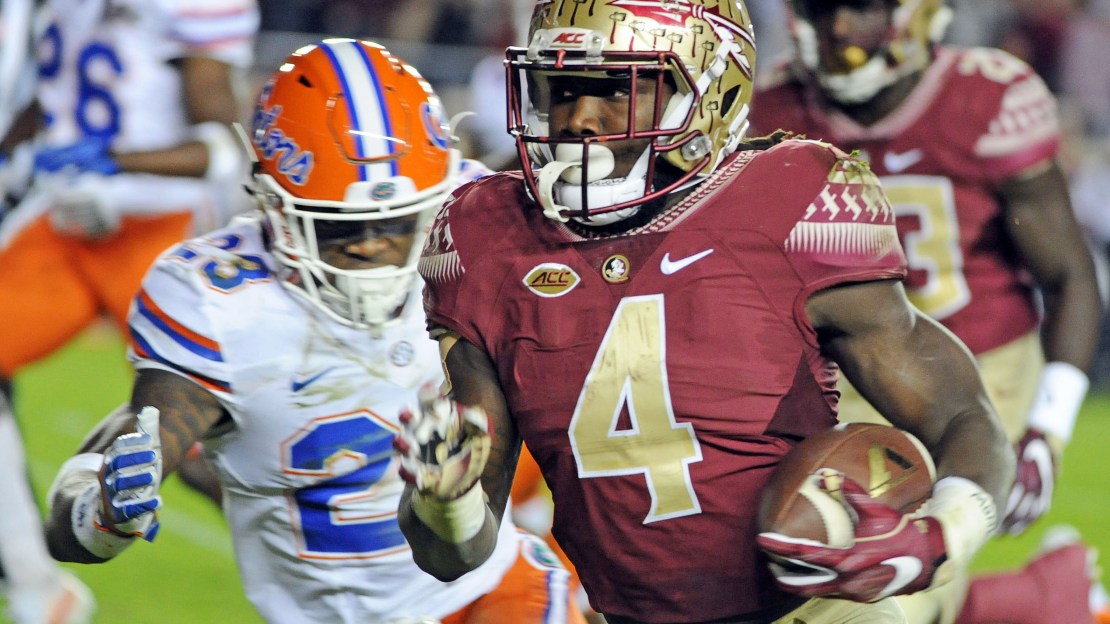 Big Ten teams will play in 10 bowl games. And, if you scan the rosters for all 10 Big Ten foes, you can put together a pretty impressive All-Big Ten Bowl Opponent Team.

The offense features talent like Florida State running back Dalvin Cook, who has rushed for 1,620 yards and 18 touchdowns on 268 carries this season to rank sixth in the country in rushing yards and rushing touchdowns. There also is Clemson QB Deshaun Watson, who finished second in Heisman voting and has completed 67 percent of his passes for 37 TDs with 15 interceptions. Western Michigan?s Corey Davis is one of the best wide receivers in the country who has set the FBS record for career receiving yards. He has caught 91 passes for 1,427 yards and 18 touchdowns this season. And the line features studs like Pitt guard Dorian Johnson and Washington State guard Cody O?Connell.

The defense is headlined by Florida State end DeMarcus Walker, who leads the nation in sacks. Tennessee end Derek Barnett has received All-American honors with 12 sacks and 18 TFLs. USC corner Adoree? Jackson was the Pac-12 Defensive Player of the Year and Jim Thorpe Award winner. And Utah punter Mitch Wishnowsky is the Ray Guy Award winner. There is no more dangerous return man in American than Pitt?s Quadree Henderson, who has four returns for TDs this season.