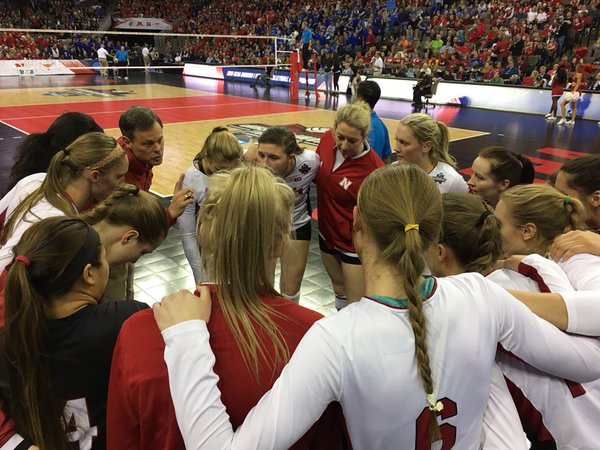 Heading into Friday, the Big Ten had six teams in the Sweet 16 of the NCAA Women's Volleyball Tournament. Two of Friday's matches featured Big Ten teams competing against each other as No. 16 seed Penn State took on top-seeded Nebraska and Ohio State faced Wisconsin.

Here's a look at how each Big Ten team fared Friday:

In the day's first match, Nebraska faced Match Point twice in the third set against Penn State before storming all the way back to defeat the Nittany Lions, 3-2 to advance to the Elite Eight.

No. 3 Wisconsin outlasted Ohio State in a five-set thriller, winning 3-2 to advance to the Elite Eight.

No. 2 Minnesota defeated No. 15 Missouri 3-1 to advance to the Elite Eight.

The #Gophers advance to round 4?! pic.twitter.com/Nt6UXI4KeN

No. 12 Michigan fell to Creighton 3-2, ending the Wolverines' season and NCAA tournament run.