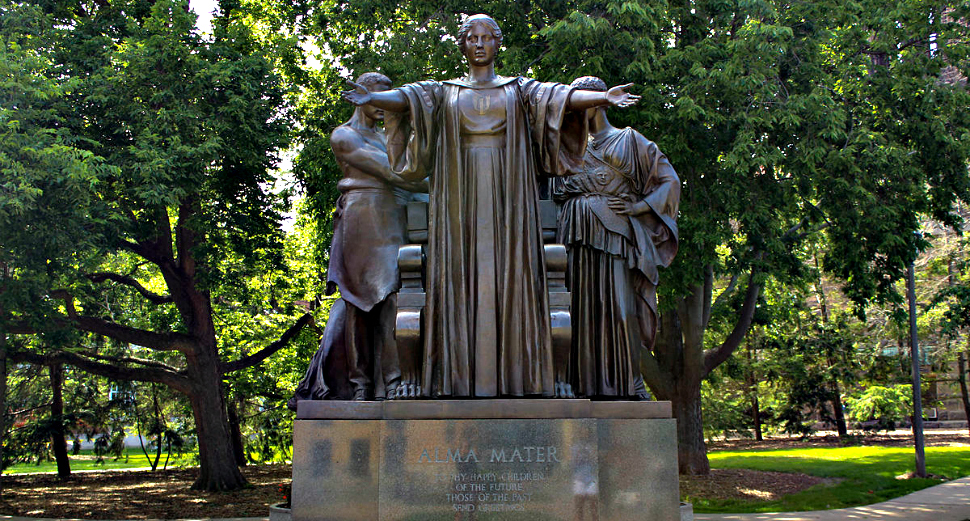 Many people are familiar with the University of Illinois at Urbana-Champaign?s famous statue Alma Mater. The focus of the piece, the hallowed "our mother," stands at the entrance to campus, a welcoming beacon to students, faculty, and alumni and a backdrop to countless graduation and game day photos.

Nowhere is that idea more on display than in our 2016 University of Illinois vignettes. Join us as we showcase the amazing Illini proving that learning and labor go hand in hand.

Using an affordable barometric sensor - it retails for less than five dollars, according to Aadeel Akhtar - found in most cell phones, the hand is able to relay information on the variable pressure it is experiencing. That information is translated by low-level electrical output positioned further up the person?s arm.

?This is a way to give that fine-tuned precision back to the user,? he added. ?There?s been a ton of strides that have been made in the last 10-20 years in control of the hands. What?s been lacking is that sensory feedback aspect. What we want to do is what?s known as ?closing the loop.??

For nearly two decades now, the group has run the Orange Krush Foundation. It donates money to charitable organizations in the area, using money that comes out of the membership fee. Students in Orange Krush also have the opportunity to fundraise their dues, making involvement an incredibly easy way to rack up charitable donations. According to Rich, the money has been used to assist local after-school programs and children?s homes, rebuild churches and support other causes.

?I think the fact that we give our membership funds to the community, it just adds a whole other element ? to the great Orange Krush experience, and makes us, I think, just so much better than any other student section in the country,? Rich explained.

Conventional wisdom says that the best way to make a product more sustainable is eliminate or reduce the need for it to be replaced. But there isn?t anything conventional about the work engineer Scott White and his team do in this space.

?We?ve been focused on making things last longer,? said White, a professor of aerospace engineering at the University of Illinois. ?Now, all of a sudden, we?ve changed that philosophy 180 degrees and, at a particular point in time, we want to trigger the destruction of this device - and in such way that it leaves nothing behind.?

Illinois grads' invention may just be the cast of the future: BTN LiveBIG

The team?s design, the Cast21 system, is an innovative, affordable, and relatively easy-to-use alternative to fiberglass casts. It consists of a stretchy, silicone sleeve in the shape of a helically wound braid that is placed over the set bone. A liquid resin is injected into the hollow tubes of the sleeve. When the resin hardens, the patient is left with a rigid, waterproof support structure.