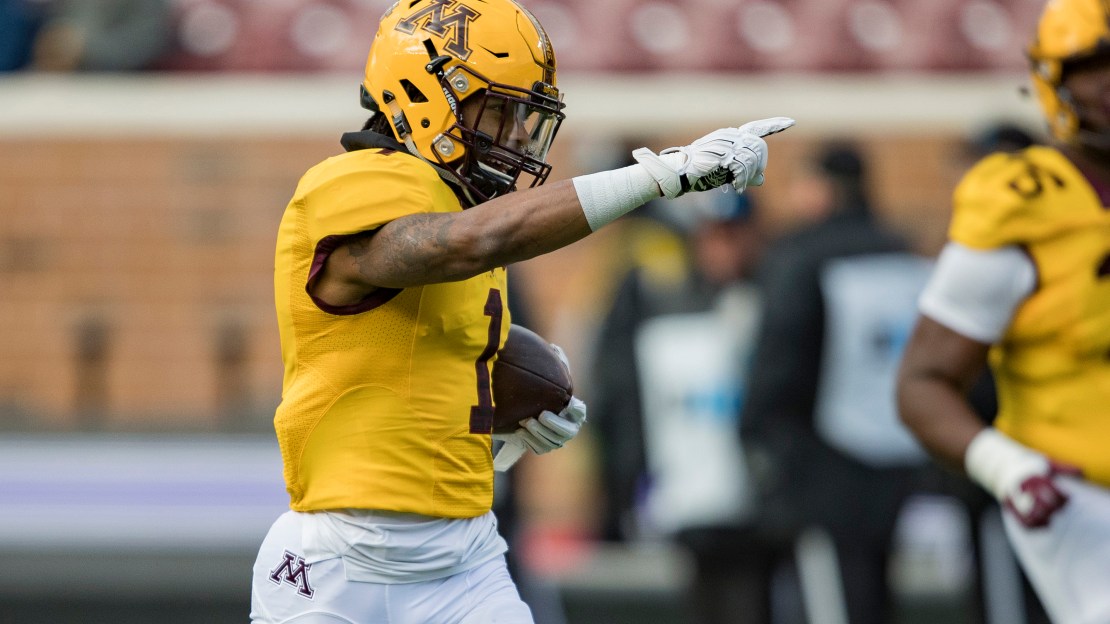 Bowl games are becoming routine for Minnesota, which is in the postseason for a program record-tying fifth season in a row. And this junket is a bit more special than the other four, as this will be the Golden Gophers? first trip to the Holiday and their first bowl in California since playing in the Rose Bowl after the 1961 season.

A win over Washington State would be the biggest of the season for a Minnesota squad that lacks a marquee triumph in Tracy Claeys? first season. It won?t be easy to beat Washington State, which has won three of five meetings with the Gophers.

This will be the first time they've played since 1988, when the John Gutekunst Gophers fell 41-9 to a Wazzu club coached by Dennis Erickson. And Minnesota has bad memories of Wazzu coach Mike Leach. Back in 2006, Leach rallied his Texas Tech team from a 38-7 deficit with eight minutes left in the third quarter to topple the Gophers 44-41 in overtime in the Insight Bowl.

Leach has done a great job reviving Washington State with his ?Air Raid? offense, bringing Wazzu to the precipice of the Pac-12 North title this season before losing the Apple Cup to Washington. This is Wazzu?s second bowl in a row and third in five years under Leach, who guided the Cougars to their best season since a 10-win 2003. The teams have one common foe, Oregon State. Washington State defeated the Beavers, 35-31, on Oct. 29, while Minnesota was a 30-23 winner to open the season on Sept. 1.

Player on the spot: Minnesota RB Rodney Smith. It?s pretty simple-if the Golden Gophers want to win this game, they must run the ball ? a lot. That will allow Minnesota to keep the ball away from Washington State?s prolific offense-and also wear down a vulnerable Cougar defense. Smith is No. 4 in the Big Ten in rushing, averaging 90.3 yards with 223 carries for 1,084 yards. But know this: Washington State is No. 3 in the Pac-12 vs. the run (132.9 ypg).

Best individual matchup: Washington State's QB Luke Falk vs. the Minnesota front seven. The Gophers need to get pressure on Falk-specifically linebackers Jack Lynn and Jonathan Celestin and linemen Steve Richardson and Scott Epke. Falk has completed 71 percent of his passes for 4,204 yards and 37 touchdowns. And the Cougars have scored at least 50 points in a school-record four games this season.

Best unit matchup: Minnesota?s secondary vs. Washington State wideouts. Can the Gophers slow down this prolific aerial game? It will be a monumental challenge. Cougs QB Luke Falk teams with WR Gabe Marks to give the Cougars a deadly pass-catch tandem. Marks is the Pac-12 all-time leader with 312 catches and has 85 this season. Washington State is No. 1 in the Pac-12 in passing (370.8 ypg); Minnesota is No. 13 in pass defense (228.6 ypg). But if Minnesota gets too focused on the pass, the Cougars can hit the Gophers with the running back trio of Jamal Morrow, James Williams and Gerard Wicks.

Number: 8, TD passes for Minnesota ? all season. Washington State has 39.