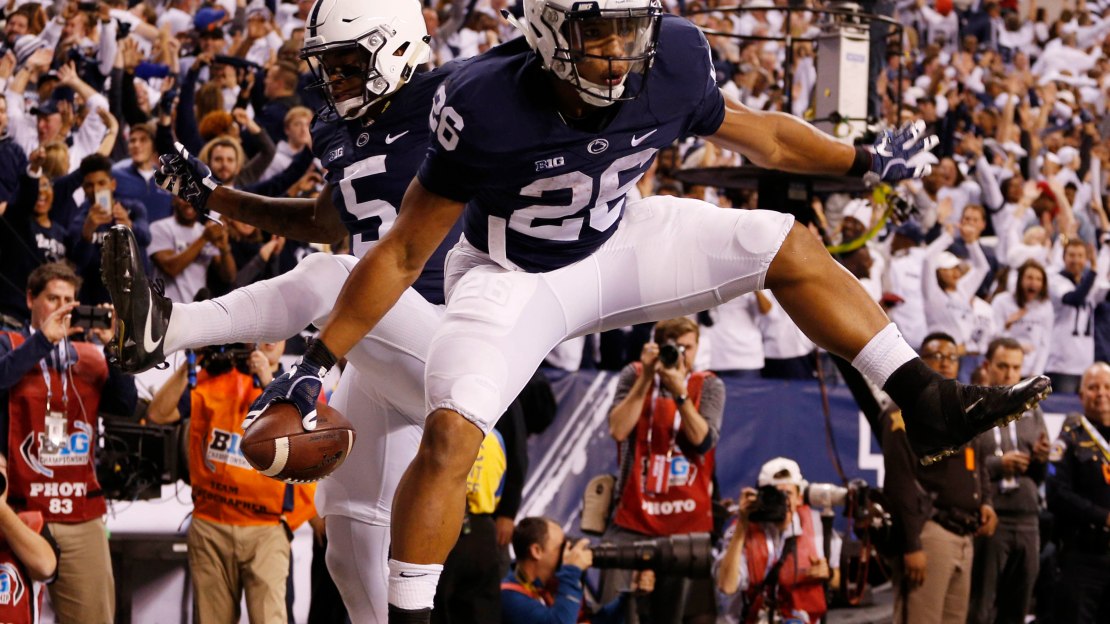 It was a Big Ten Championship Game that will go down as one of the best ever, and the reaction to Penn State's 38-31 victory over Wisconsin from onlookers, alumni and others on social media matched the epic contest on the field.

Wisconsin linebacker TJ Watt showed out again, and his older brother and current Houston Texan JJ made it known in the first half.

As the momentum shifted to Penn State, former players like Adam Taliaferro started to feel it.

No give up in them Nittany Lions #WeAre

As Penn State wrapped up their first Big Ten Championship Game victory, former Nittany Lions running back Franco Harris – one of the sport's all-time greats – was fired up.

Always believe and never give up!
Congratulations to a great Penn State team!

Pat Fitzgerald, a fellow Big Ten coach with no horse in the race, offered his congratulations as well.

And if you're a Wisconsin fan who's feeling down, former Wisconsin and current Dallas Cowboys offensive lineman Travis Frederick had some words of encouragement.

The #Big10Championship didn't end the way #Cowboys @tfrederick72 had hoped, but he's got a positive message for @BadgerFootball. #B1GFCG pic.twitter.com/B3Idm0MFsu