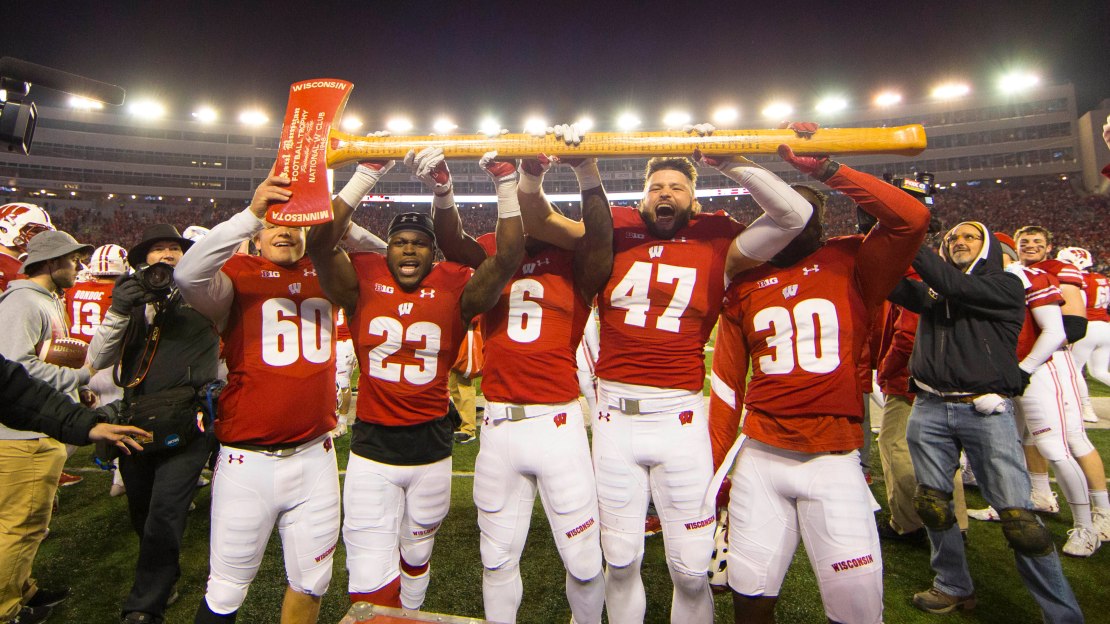 I talked to Big Ten coordinators who faced off vs. Wisconsin and Penn State this season to talk off the record about what makes each unit special-and how to attack it.

Q: What stands out about the Badger defense? The linebackers?
A: That is sort of their deal each year. Their linebackers are very active, (T.J.) Watt and (Vince) Biegel. Those were the guys who stood out in my mind. They fly around, play hard and make plays. Those two are playing at a high level now.

Q: What type of coverage did you see?
A: They play a lot of man coverage. But they didn?t play as much as we thought they would when we played coming into the game. But I was impressed with their man-coverage ability. I thought their corners were really good. I thought we?d struggle on the outside trying to get separation in the pass game. There is talent in the back end, for sure. The free safety (Leo Musso) is a blue-collar guy and a much better player than we thought. He is a physical player in the run game and is a very good football player. The secondary is very, very good.

Q: Did the Badgers blitz much?
A: They are like everyone else, playing a base defense and give you a multitude of looks on third downs with blitzes to make things difficult on you from a protection standpoint and also from a coverage standpoint. They gave us a lot of different looks.

Q: How do you attack the Wisconsin offense?
A: Wisconsin will run a handful of variations of jet sweeps and so forth. That is sort of their change up and outside run. I don?t think Wisconsin really changes for anyone. They do what they do, and they do it well. The quarterbacks are playing well. They are good at the play-action pass. If they can hit some big plays with the play-action pass, which they always try to do, that along with the run game should allow them to be pretty good.

Q: What do you do to slow down the Wisconsin offense?
A: You have to try to stop the run. It?s a very potent run game. And when we played them, their quarterback was on fire and we couldn?t get off the field on third down. The quarterback played really well against us.

Q: What do you think of Corey Clement?
A: Typical Wisconsin back. They have a lot of good ones. Tough, physical runner.

Q: What was your game plan?
A: You have to stop the run and get off the field on third down. Those are difficult things to do against that offense. The line is good. Clement is good. And they have some good quarterbacks. The freshman played well against us. He was lights out.

Q: What is typical from a Paul Chryst offense?
A: His offenses are unpredictable in a good way. His run-pass ratio is really good. It?s difficult to draw a bead on him. They are unpredictable by formation, by run, by pass. He is a smart coach with a good plan. He may have some new wrinkle for Penn State. It will be fun to watch.

Q: What did you think of their receivers?
A: (Jazz) Peavy is a good one. He made some good plays against us. He?s fast and can get behind. They needed a No. 1 guy, and he has become that for this offense. And they have a good tight end, too.

Q: What did you think of the d-line?
A: The ends (Evan Schwan and Garrett Sickels) are very good players and have made a lot of improvements over the season. We were a bit shorthanded on the offensive line going into the game, so we knew we?d have some issues in pass protecting and they gave us some issues. We tried to get passes out quickly to keep those guys from teeing off on us.

Q: Can you run on Penn State?
A: We ran the ball early on them, but after they got settled in and they became a lot stronger inside and we had trouble running in the second half.

Q: Did you see any weaknesses?
A: We felt like we could play-action pass on them a little. They play a fair amount of one-high safety look with zone coverage, and we felt we could exploit the seams with some verticals and we did once early in the first half off play-action but we weren?t able to do it consistently. The inside seams down the hash marks with vertical routes, you may be able to get them there.

Q: Did any players stand out?
A: No. 2 (Marcus Allen). We had a lot of respect for him coming into the game as the main guy back there. We felt he was very active in the run and pass game. And he had a pretty good game against us. Those linebackers are steady guys. They are very active. They were consistent and fit into that scheme well.

Q: What did you think of Trace McSorley?
A: He throws the deep ball well. And he has scrambling abilities. He can keep plays alive. He?s a nice quarterback who keeps getting better.

Q: How special is Saquon Barkley?
A: We thought he was special last year. And he was again this year. He?s a tough back who has breakaway speed. You will see two of the better running backs in the Big Ten on Saturday in Barkley and Clement.

Q: Talk about the tight end.
A: (Mike) Gesicki is a heck of a receiving tight end. (Chris) Godwin is a nice wideout, too. They have some speed on the perimeter. Godwin blew by us.

Q: What was your game plan?
A: You have to stop the run and not give up the deep balls, the explosive plays, the home-run balls. And the run game involves the quarterback, so that makes it more difficult to stop when you add in Barkley. This offense is playing very well. They spread you out and have the ability to go fast if they want.