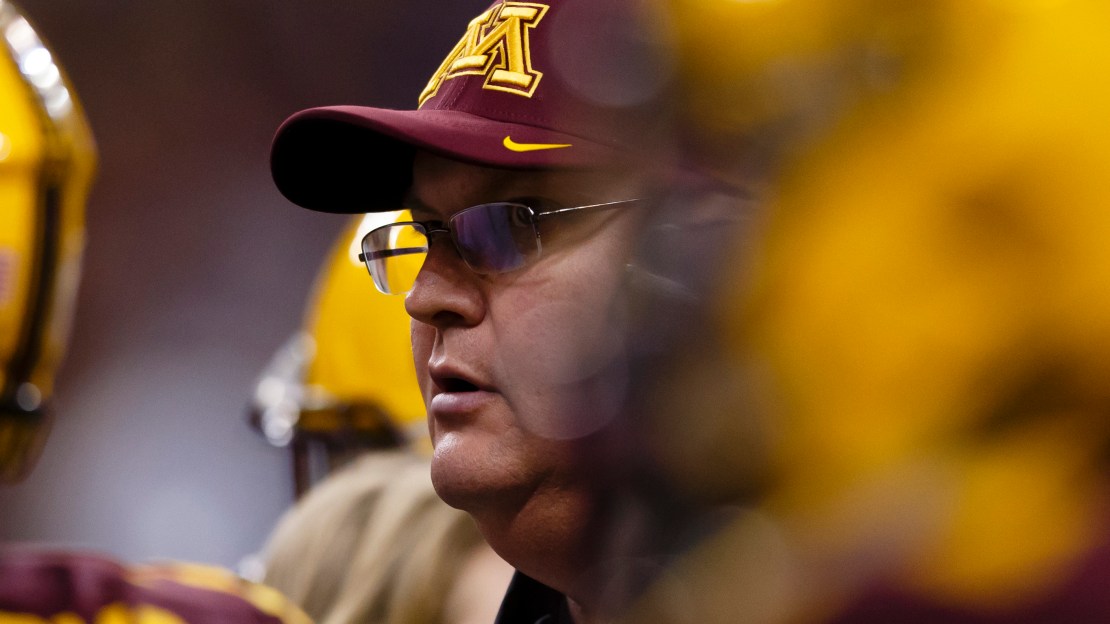 (AP) Minnesota coach Tracy Claeys will return next year, with an 8-4 season earning him the "full support" of the school's new athletic director.

The Golden Gophers went 5-4 in the Big Ten in Claeys' first full season running the program. He took over midway through last year after Jerry Kill was forced to retire due to health concerns.

Claeys is 10-8 in one and half seasons with Minnesota. He was given a three-year deal last year by interim athletic director Beth Goetz during a tenuous time in the athletic department. The school was looking for a permanent athletic director to replace the disgraced Norwood Teague, so Goetz authored a contract that would give Claeys a little bit of stability to trumpet while recruiting but was also designed to give the new athletic director as much flexibility as possible in evaluating the football program.

Mark Coyle took that post in May, and said Monday that he and Claeys have "started to discuss this past season and the plan for our program moving forward."

"He is our head football coach," Coyle said in a statement issued by the school. "As is the case with every one of our head coaches, he has my full support. I will do whatever I can to help him and our students achieve at the highest levels."

Claeys made $1.4 million in total compensation during the first year of his new contract that runs through 2018. But the buyout for the university would have been only $500,000 had Coyle decided to replace him now.

A soft schedule had the Gophers hoping to make a run at the Big Ten West title, but narrow losses to Penn State, Iowa and Nebraska hurt them, and they finished the season with a 31-17 loss at rival Wisconsin on Saturday.

Athletic directors often like to make their own coaching hires rather than stay with people they inherited, especially at a high-profile program like football. But Coyle, who came to Minnesota from Syracuse and was also the athletic director at football stronghold Boise State, has decided to stick with Claeys in hopes that continuity will help.

"Our football program has now won eight games in the regular season three times in four seasons," Coyle said. "We expect that our program will continue to grow and I am committed to putting us in a position to do so. This includes working with coach Claeys to evaluate where we need to improve and what each of us can do to ensure we meet our expectations."

Coaches at power conference programs typically operate with more than two years remaining on their deals to help assure recruits of stability so it remains likely that Claeys will receive some sort of contract extension in the coming weeks.