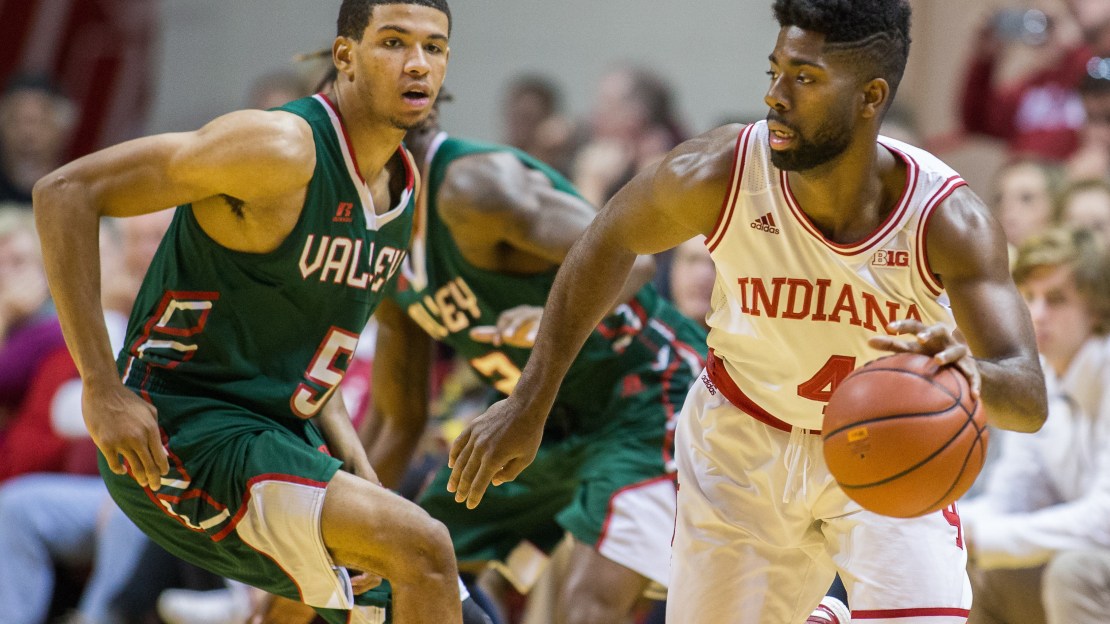 Thomas Bryant had 13 points and 11 rebounds for the Hoosiers (4-1), who had no problem handling the winless Delta Devils, despite being without James Blackmon Jr. The Big Ten's second-leading scorer missed the game because of a knee injury.

The Hoosiers led by as many as 17 points in the first half, and their largest lead of the game was 35. Twenty of Indiana's baskets came by way of an assist, with Josh Newkirk and Curtis Jones combining for 11. The Hoosiers outscored the Delta Devils 34-20 in the paint and 19-8 in second-chance points.

Rashaan Surles led the Delta Devils with 14 points and Isaac Williams had 13.

Blackmon injured his left knee in the Hoosiers' 68-71 overtime loss to IPFW on Nov. 22. Indiana hosts No. 4 North Carolina on Wednesday. It is not known if the junior guard will be ready to go for the showdown with the Tar Heels in Bloomington.