Crispin: Conference superiority on the line in ACC/Big Ten Challenge 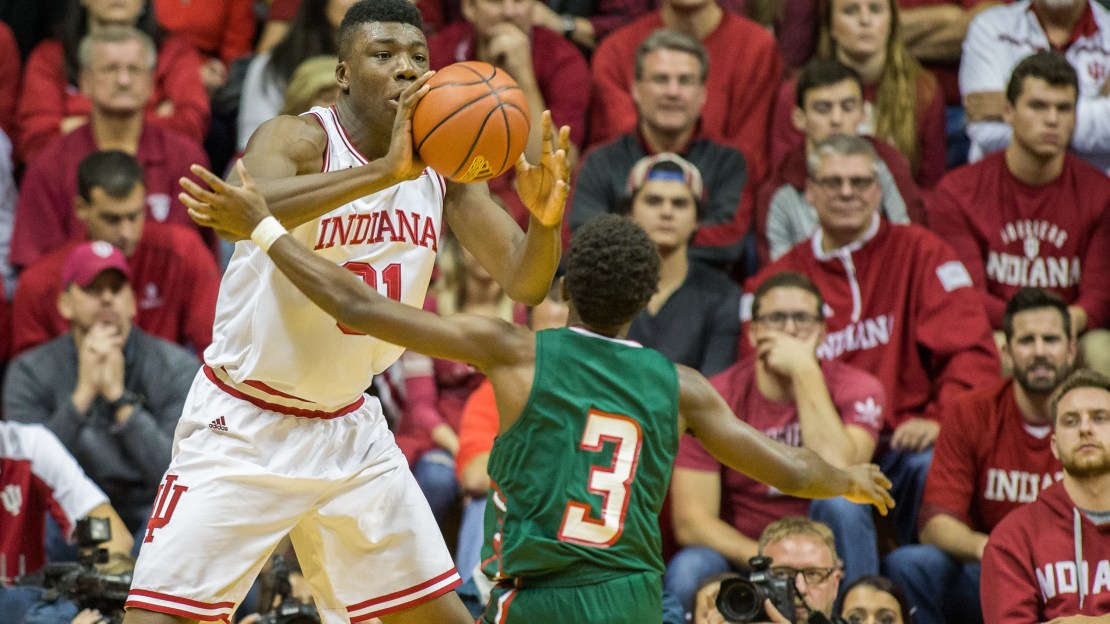 Earlier this season, we were given the gift of The Gavitt games, which showcased the talent and potential of two great conferences, the Big Ten and the Big East. This week, starting Monday night, it's The ACC/Big Ten Challenge.

Every year, this battle for conference superiority gives us unique matchups that resemble a NCAA tournament regional final or even a Final Four matchup. It's a chance for fans to get a glimpse of some coaching legends that you'd otherwise never see and a chance for players to showcase their skills on a big stage as we prepare for conference play.

A little history: After losing the first 10 events, the Big Ten has either won (5) or tied (2) the last seven seasons.

Here are a few things I'm looking forward to:

Best game: North Carolina at Indiana. Like Villanova-Purdue earlier this season, this is a potential March or even April matchup. Two teams likely will finish at (or near) the top of their conference standings and are two of the most exciting teams to watch. Not to mention, this is a rematch of last season's East Regional semifinal. Both teams will develop from now to March, but this will be a blast to watch.

Under-the-radar game: North Carolina State at Illinois. NC State boasts one of best freshman guards in the country in Dennis Smith Jr. Averaging nearly 20 points per game, he has been as advertised but will be challenged by an Illini squad that has yet to realize its true potential. Malcolm Hill and Tracy Abrams need to lead this team in every way if they want to be playing tourney games in March. While the Illini have the depth, talent and potential to finish in the top six of the Big Ten, they  have to start playing with a sense of urgency and confidence that will bring excitement back to basketball in Champaign.

Best individual matchup: Thomas Bryant vs Kennedy Meeks. Although I anticipate UNC defending Bryant with an array of lengthy defenders, I'm eager to see how Meeks runs with Bryant, and how Bryant works in the half court on the defensive end to protect the paint and avoid early foul trouble. Even though I'm usually a guard-guy, I certainly won't be the only one paying attention to this matchup between two NBA-level bigs.

Best coaching matchup: Tom Izzo vs Coach K. To be clear, coaches do most of their work outside of the games. Practice, off-season workouts and game planning meetings are just the tip of the iceberg when it comes to the true work of Hall of Fame head coaches. Regardless of the fact that the players play the games, I'll still be honored to be able to watch two coaches who have done so much to grow the game compete in November. The real coaching job will be how these two legends make adjustments in November and December to get their teams ready to make a run in March.

ACC player I'm most excited to watch: For me there are two. First, I've got to go with North Carolina State freshman Dennis Smith Jr. His potential is limitless, and the comparisons to Russell Westbrook and his 20 points per game are certainly enough for me to take notice. The other is Grayson Allen, one of the toughest covers in the country whose overall activity level makes him a joy to watch — particularly if you're a Duke fan. I want to see how Allen has matured over the years as his emotions in recent years have gotten the best of him. Channeling that passion in the right direction will make Allen a favorite for POY awards in both the ACC and the nation.

Overall prediction: I'm not about to make any bold predictions, as most of my NCAA tournament predictions, although riddled with sound logic and reason, went the other way. Without getting into each specific matchup, I've got this year's ACC/Big Ten Tournament ending in a draw. Some matchups may shock you, others will be as expected. But in general, as is usually the case, we are certainly in for a treat.