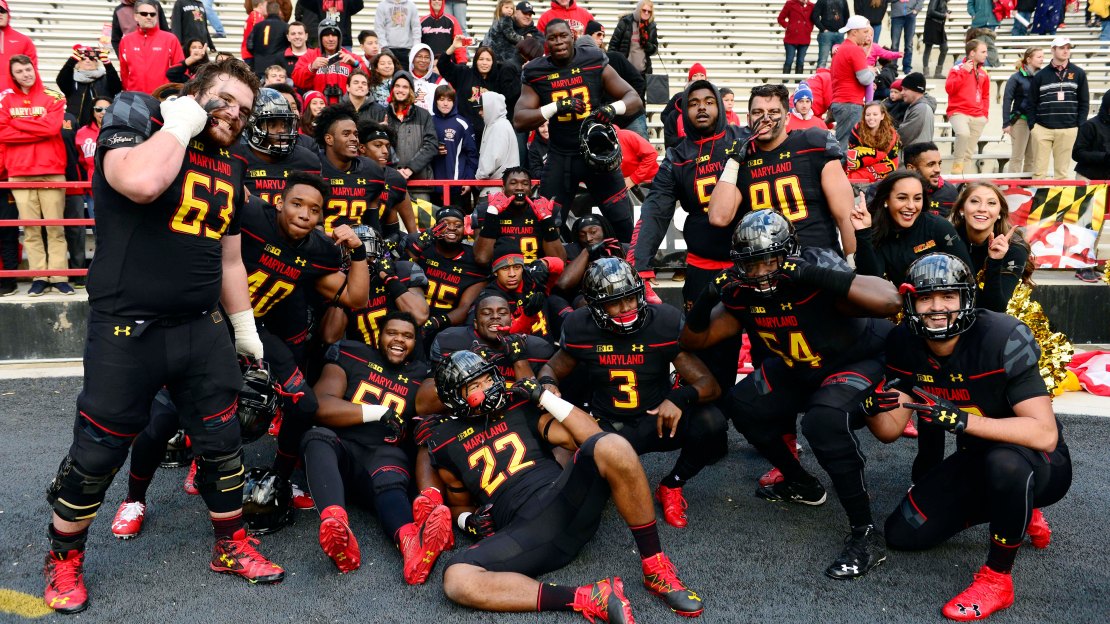 After losing four straight by a combined 191-49 score, the Terrapins (6-6, 3-6 Big Ten) took the lead for good in the opening minute and cruised to the finish.

With its sixth win, Maryland will end its initial season under coach DJ Durkin by playing in a bowl game for only the fourth time since 2008.

Rutgers (2-10, 0-9) finished its first year under Chris Ash with nine consecutive defeats. The Scarlet Knights were outscored 360-86 in Big 10 games.

The Terrapins led 21-7 at halftime and finished with 318 yards rushing. Senior quarterback Perry Hills, who missed last week's loss to Nebraska with a shoulder injury, returned to go 9 for 15 for 96 yards.

Justin Goodwin rushed for 86 yards and a touchdown for Rutgers. Giovanni Rescigno completed 22 of 39 passes for 203 yards but was sacked seven times.

Maryland went up 7-0 when Kenneth Goins Jr. ran for 46-yard touchdown on the second play from scrimmage.

Late in the quarter, Morgan fielded a punt and was hit immediately by Anthony Cioffi. The senior shrugged off the contact, worked his way toward the left sideline and raced into the end zone.

That gave Maryland more points (14) than it totaled in its previous three games (13).

Similarly, Rutgers scored its first touchdown in three weeks with 10:42 left in the second quarter. After Maryland jumped offside with the Scarlet Knights ready to punt, Robert Martin capped the 15-play drive with a 1-yard run.

The Terps made it 21-7 on a 28-yard run by backup quarterback Tyrrell Pigrome, who lined up on the outside and took a handoff before weaving his way through the Rutgers defense.

A 28-yard touchdown run by Goodwin got Rutgers to 21-13 in the third quarter. Johnson peeled off a 47-yard run on Maryland's next play from scrimmage, setting up a 1-yard TD by Andrew Stefanelli.

Rutgers: If anyone had any doubt, it is now resoundingly clear: Rutgers is the worst team in the Big Ten.

Maryland: The Terrapins are far better with Hills in the lineup. Maryland will bring a bit of momentum and a healthy starting quarterback into its first bowl game under Durkin, who will utilize the extra practice time in part to get a head start on next season.

Rutgers next plays Sept. 1, 2017, at home against Washington.