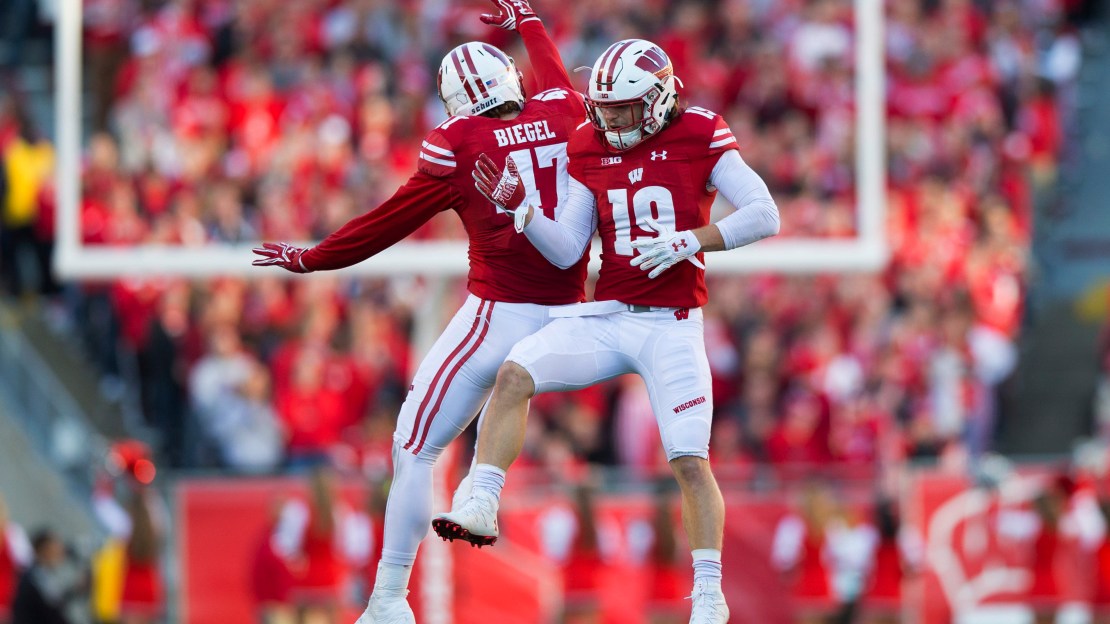 This outcome might be anticlimactic, but Wisconsin will certainly take it.

With Nebraska's 40-10 loss at Iowa, the No. 6 Badgers clinched the Big Ten West division title and a spot in the Big Ten Championship Game on Dec. 3. It will be Wisconsin's fourth appearance in the title contest, which leads all Big Ten schools since the conference implemented a championship game in 2011. The Badgers won back-to-back conference titles in 2011 and 2012.

Even if Wisconsin loses Saturday at home against Minnesota, the Badgers at 9-2 overall and 6-2 in conference play still hold tiebreakers over the Huskers, Hawkeyes and Gophers in the West.

Business to attend to tomorrow.

But after that, we'll see you in Indy. #OnWisconsin pic.twitter.com/7G9moVytXn

Lucas Oil Stadium in Indianapolis will host the Championship, but Wisconsin's opponent won't be determined until some point on Saturday. Penn State, Michigan and Ohio State are all still in contention for the title in the East, and the winner will be determined according to the scenarios below.

The conference champion will likely be in contention for a spot in the College Football Playoff.