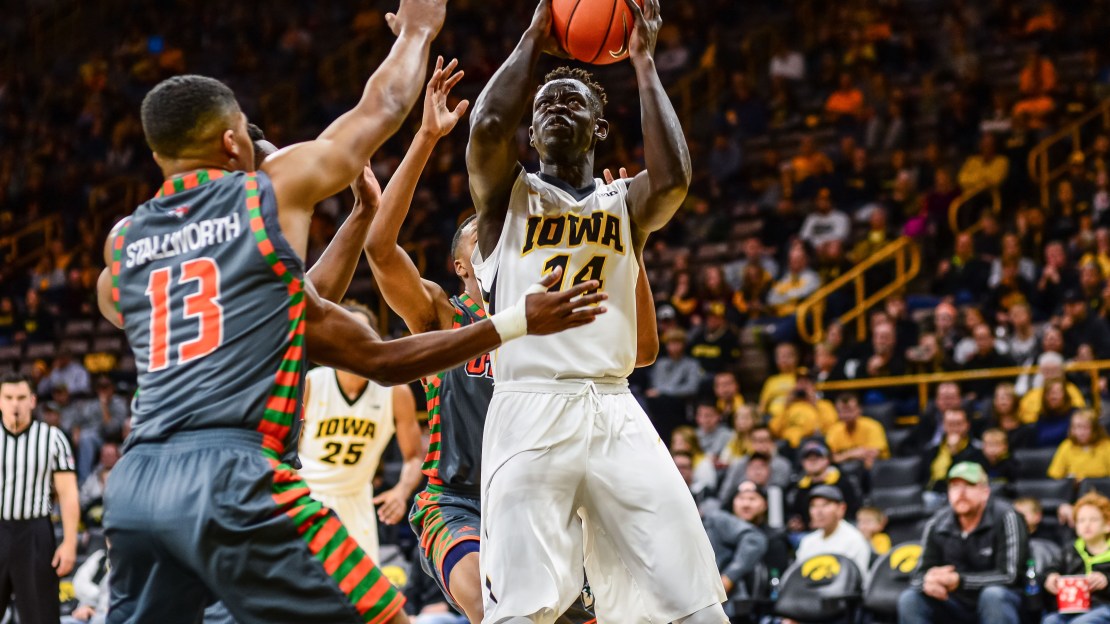 There's not much change in my latest Big Ten Player Rankings. Nigel Hayes remains atop the list, for the third straight week, and a trio of Indiana players are earning recognition.

The biggest change? Iowa's Peter Jok, the reigning Big Ten Player of the Week, moves up two spots to enter the top half of the list.

2. Caleb Swanigan, Purdue. Swanigan didn't play his best in Purdue's narrow escape over Georgia State, and yet he ended up with 19 points and 11 rebounds.
Last week: 3

3. Thomas Bryant, Indiana. Every possession matters to Bryant, and that's why he impacts the game in so many ways. He has now added the 3-point shot to his arsenal.
Last week: 2

5. Melo Trimble, Maryland. After spending his first two seasons surrounded by veterans, Trimble is carrying the inexperienced Terps with clutch plays down the stretch.
Last week: 5

6. Malcolm Hill, Illinois. The Illini star struggled from the field for the second time in the last three games, shooting 4-of-17 in Illinois' overtime loss to Winthrop. Still, he only missed a double-double by one rebound (14 points).
Last week: 4

7. James Blackmon Jr., Indiana. Blackmon has scored 20 points or more in every game, all Indiana victories, and is averaging 23 points and 7.3 rebounds.
Last week: 10

8. OG Anunoby, Indiana. The sophomore star recorded his first double-double with 10 points and 11 rebounds in a victory over Liberty.
Last week: 7

9. Ethan Happ, Wisconsin. The versatile center missed only one shot and scored 16 points in a Maui Invitational opening victory over Tennessee.
Last week: 8

10. Miles Bridges, Michigan State. The freshman rim-rocker is averaging a double-double through the first four games, a slate that includes the likes of  Arizona and now-No. 1 Kentucky.
Last week: 9