No. 16 Wisconsin holds off Tennessee, 74-62, to open Maui Invitational 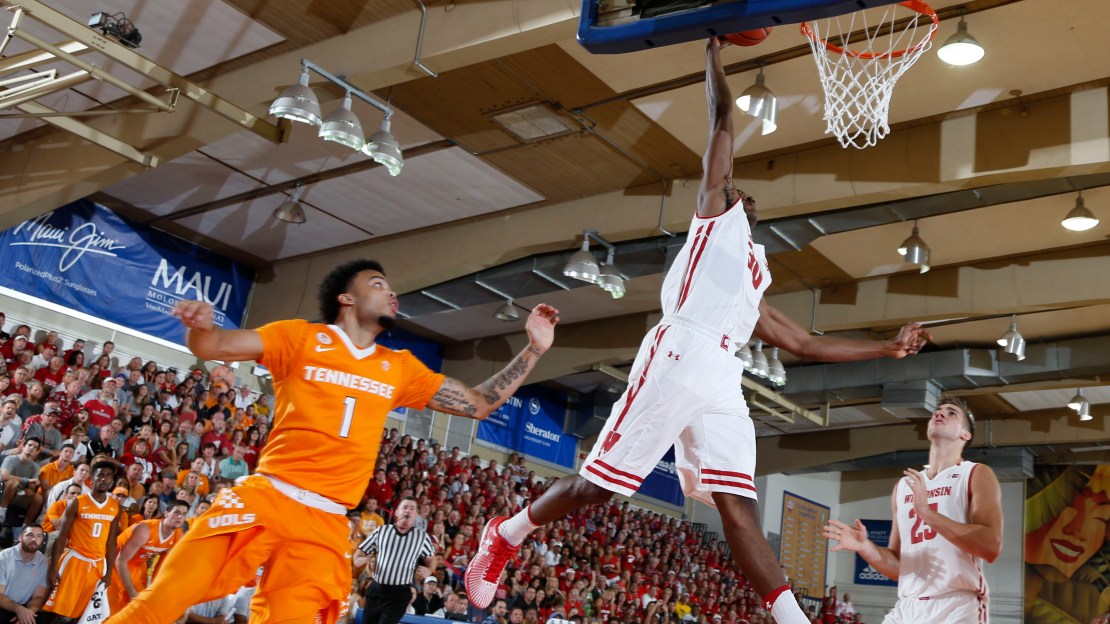 (AP) Bronson Koenig scored 21 points, Nigel Hayes had 17 points and 10 rebounds, and No. 16 Wisconsin opened the Maui Invitational with a 74-62 win over Tennessee on Monday.

Wisconsin (3-1) built a big early lead and rallied after Tennessee made two runs to take the lead early in the second half. Hayes hit a couple of big 3-pointers and the Badgers pulled away late to earn a spot in the second round on Tuesday.

Wisconsin, in its third Maui Invitational, shot 56 percent and used its size advantage inside to pull down 11 more rebounds. Ethan Happ added 16 points for the Badgers.

Tennessee (1-2) trailed by 17 midway through the first half before finding its footing in Maui. The Vols had a pair of 10-0 runs late in the first half and early in the second, yet they were unable to sustain it after Wisconsin answered.

Shembari Phillips led Tennessee with 16 points, and Detrick Mostella and Robert Hubbs III had 12 each.

Tennessee showed some poise in rallying from a 17-point deficit and flashed its athleticism to keep up with the Badgers. There's still some work to do defensively and with cohesiveness on the offensive end.

Wisconsin had some trouble with Tennessee's depth and athletic young players but shot well and was solid defensively.

Tennessee will face the loser between Georgetown and No. 13 Oregon in the second round on Tuesday.

Wisconsin faces the Georgetown-Oregon winner in Tuesday's second round.