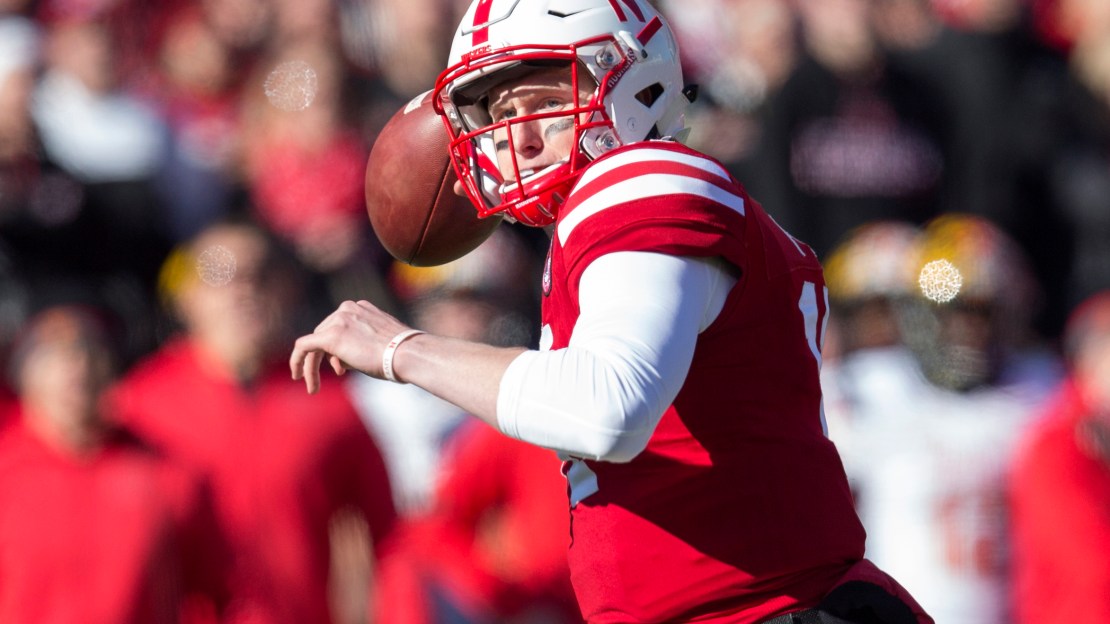 (AP) Terrell Newby ran for a career-high three touchdowns, Ryker Fyfe passed for 220 yards and a score filling in for injured starter Tommy Armstrong Jr., and No. 18 Nebraska defeated struggling Maryland 28-7 on Saturday.

The Cornhuskers (9-2, 6-2 Big Ten) stayed alive in the West Division. They must win at Iowa on Friday and Wisconsin must lose to Minnesota on Saturday for Nebraska to go to the conference championship game.

Fyfe prevailed over Max Bortenschlager in a battle of backup quarterbacks.

Armstrong injured his hamstring scoring the winning touchdown in last week's game against Minnesota. He didn't practice this week and was not in uniform Saturday. Perry Hills was dressed but didn't play for the Terrapins because of shoulder problems.

Fyfe made his second career start – and first at home – and was effective if not always pretty, throwing a mix of short and intermediate passes. He was 24 of 37, often dropping back deep and angling toward the sideline before throwing downfield, sometimes sidearm, sometimes off his back foot. He also hurt the Terps with a couple runs.

"I've always had a special spot for Ryker," Nebraska coach Mike Riley said. "He's a guy who could have gone to a smaller school and thrown for 3,000 yards one year. He stuck it out here with teammates and friends and won a big game for us to get our ninth win."

Bortenschlager, a freshman who entered the game having thrown four passes in one previous appearance, was 14 of 29 for 191 yards. He was sacked five times, and the Terps managed only 11 yards on the ground.

"Throughout the year, we've been able to run the ball in just about every game," Terps coach DJ Durkin said. "We weren't able to do that today. That affected Max as well. If you can't run the ball, that's hard on any quarterback."

Maryland ended an 11-quarter stretch with no touchdowns when D.J. Moore caught a short pass and took it 92 yards to the end zone early in the fourth quarter.

Maryland: The Terrapins sorely missed Hills, but they were not likely to win this game even if he played, and the week off might help him get ready for a winnable home game against Rutgers.

Nebraska: The Huskers won all seven of their home games and will double their 2015 regular-season win total with a victory at Iowa next week. Fyfe was good in the first half and OK in the second against an overmatched opponent. The Huskers definitely want Armstrong ready for Iowa next week. "I'm optimistic we'll have Tommy back, but I'm not sure," Riley said.

Maryland: The Terrapins will try to break their four-game losing streak and achieve bowl eligibility when they host the Scarlet Knights on Saturday.

Nebraska: The Huskers visit Iowa on Friday hoping to avenge last year's loss to the Hawkeyes in Lincoln.