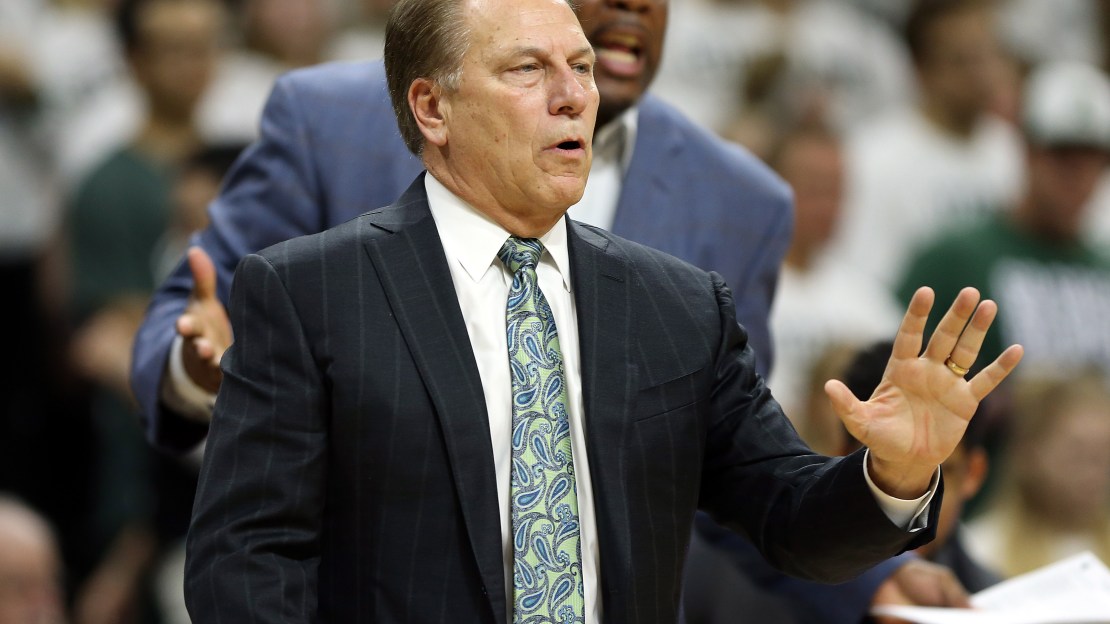 (AP) Miles Bridges scored 21 of his 24 points in the first half, grabbed 11 rebounds and had six assists in his home debut for No. 13 Michigan State in an 100-53 win over Mississippi Valley State on Friday night.

The Spartans (1-2) got a confidence-boosting win after getting routed by No. 2 Kentucky and losing to No. 10 Arizona by two points.

Ronald Strother had 12 points and Amos Given scored 10 for the Delta Devils (0-4).

Bridges, a 6-foot-7 freshman, put on quite a show that the fans loved at the Breslin Center, including former Michigan State great and Hall of Famer Magic Johnson. Johnson came out of his seat and spread his arms wide and had an ear-to-ear smile when the left-handed Bridges followed up a miss free throw by driving through the lane and leaping to make a backboard-shaking, right-handed dunk.

Nick Ward, one of Michigan State's four highly touted freshmen, had 18 points on 8-of-8 shooting and eight rebounds.

MVSU: The overmatched Delta Devils can learn from and build off of the solid start they had against the Spartans, who didn't pull away until midway through the first half to break open a closely contested game.

Michigan State: Eron Harris and Matt McQuaid have to play like they did against MVSU for the Spartans to have a lot of success this season because they can't rely on just freshmen. Harris had 19 points and McQuaid scored 15. Both were 5 of 8 on 3-pointers.

MVSU: The Delta Devils play Massachusetts-Lowell on Tuesday in Virginia.

Michigan State: The Spartans have one more tuneup on Sunday against Florida Gulf Coast before going to the Bahamas, where they will open with St. John's and may face No. 12 Louisville.