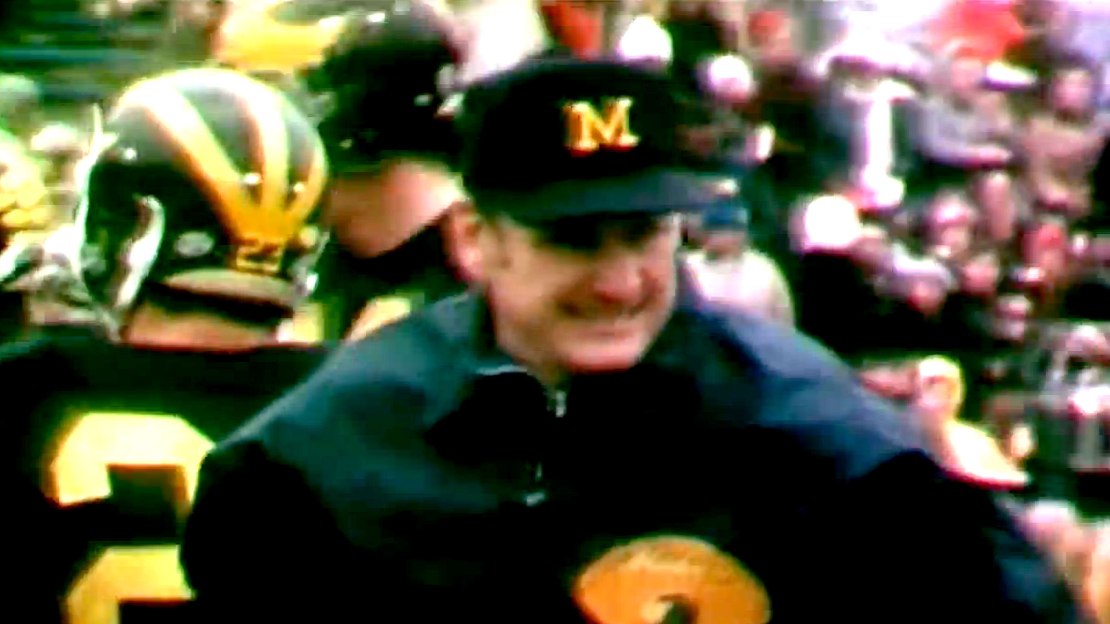 Bo. That?s all you need to say in Big Ten country. One word, two letters. And the memories come flooding back even ten years after he died on Nov. 17, 2006.

Bo Schembechler is an icon, a coach who became the personification of a school and an institution. Bo was Michigan. Michigan was Bo. And to know the man who became the face of Wolverine football, built the program into the modern power it still is and helped fuel one of the greatest rivalries in sport, you have to know where he came from.

Schembechler traces his roots to Barberton, Ohio, in Summit County just outside of Akron. The holy trinity: It?s God, Country and Football for most households in this northeast Ohio community. This is where Glenn Schembechler became ?Bo? as a child, when his young sisters couldn?t say ?brother.?

The area once pulsated with industry but now fights to get by. This is the fabled ?rust belt.? If you?re looking for wood-fired pizza joints and yogurt shops ? move right along to some other tony community. Barberton is a hamburger and cup of Joe place for tough people. And that cup of Joe is served black. No cream. No sugar. Be a man.

If you were around him long enough, you?d hear him tell the story about his father, who was a firefighter. Bo?s favorite tale was about his dad not accepting a stolen copy of a civil service exam. Had Bo?s dad taken it, he would have eased on to a promotion. Alas, Bo?s dad rebuffed his friend?s offer only to see himself fail the exam and his friend pass after having cheated. Bo?s dad didn?t get the promotion. His buddy did. But, it didn?t matter to Bo?s pop. He knew he did the right thing. Young Bo observed all of this ? and he never forgot the lesson.

Forged in do-the-right-thing household and with a muscular Midwestern work ethic, Schembechler was launched into the world. And, he left a big imprint.

Schembechler matriculated to southern Ohio to play tackle for Sid Gillman at Miami (Ohio). But Gillman would leave. And in his place came a coach named Woody Hayes. Who could have known then that one day Bo and Woody would become legendary coaches whose names and schools would come to define a golden era for both Ohio State and Michigan ? and college football?

Schembechler enjoyed a fast rise in the coaching ranks, going from Presbyterian to Bowling Green before in 1956 landing as an assistant on the Northwestern staff of Ara Parseghian, who was a teammate of Schembechler?s at Miami.

After two years in Evanston, Bo was hired at Ohio State by none other than Woody Hayes. Schembechler soaked up more knowledge for the next five seasons, becoming one of Hayes? top aides and a trusted confident. But, it can be difficult for alpha dogs to co-exist. As legend has it, Hayes often ?fired? Schembechler only to reconsider once he cooled off. Call it ?creative tension.? The results were prodigious in Columbus with Woody and Bo together, as OSU won a Big Ten title and notched three top-10 finishes.

Now, Schembechler was ready to fly on his own, landing the top job at his alma mater in 1963. And he was an instant hit, forging a 40-17-3 record with two MAC championships. Michigan beckoned. And Schembechler answered the call from A.D. Don Canham, who quickly became enamored with Schembechler and hired him on the spot. Neither Bo nor Michigan ever would be the same. A legend was about to be born and program was about to be changed ? forever.

The Michigan team that Schembechler walked into in 1969 was not the glistening football machine that we have come to know today. Nope. Schembechler inherited a program from Bump Elliott that had gone 51-42-2 overall and 32-34-2 in the Big Ten the 10 previous seasons with exactly one Big Ten title.

Schembechler promised change within five years. And he also famously pledged that ?Those who stay will be champions.? And, he delivered. In fact, he over delivered in his first season, authoring the win that forever changed the Michigan program and put it on an upward trajectory that it still follows to this day: An upset of Ohio State.

Ohio State entered its 1969 tilt with Michigan with swagger. Hayes? Buckeyes were the No. 1-ranked squad and the defending Big Ten champ who were riding a 22-game winning streak. The year before, Hayes crushed the Wolverines, 50-14. Late in the game, Hayes opted to go for two points after a touchdown instead of booting a PAT. After the game, Hayes was asked why he went for two with the game already out of hand. That?s when Hayes famously retorted: ?Because they wouldn?t let me go for three.?

It was against this backdrop that the 1969 game was set. And Schembechler and Michigan sent a Titanic message with a 24-12 win which is considered by some to be one of the biggest upsets in school annals. This was the beginning of the famed ?Ten Year War? between Woody and Bo, who would finish with a 5-4-1 mark vs. his mentor. Schembechler?s arrival transformed Michigan and fueled what is arguably the best rivalry in football. And it all began with that big win vs. Ohio State in 1969.

Schembechler stepped down after the 1989 season with a 194-48-5 overall record and a 143-24-3 mark in the Big Ten with 13 league championships in 21 seasons in Ann Arbor. His record in bowls? Not so great, as Schembechler was 5-12. And he never won a national championship while in Ann Arbor.

Still, Bo?s impact resonates today, his influence and fingerprints are all over current Wolverine coach Jim Harbaugh, who talks often of Schembechler?s impact on his life during his days as Bo?s quarterback from 1982-86. Harbaugh revered Schembechler, first meeting him as a child when his dad Jack was an assistant for Bo in the 1970s.

"I remember thinking about this as a youngster, nine, 10 years old," Harbaugh said at his introductory press conference. "There was a time sitting in Coach Schembechler's office. I was sitting in his chair and I had my feet up on the desk, and he walked in and said, 'How are you doing?' and I looked at him and said, 'I'm doing great, Bo, how are you doing?' He said 'What are you doing?' 'I'm sitting in your chair, Coach.' I couldn't think of anything better to say.

"There have been times in my life where I've thought and dreamed about it. Now it's time to live it."

Harbaugh often talks of being a ?Michigan man,? a phrase coined by Schembechler that has become a badge of honor and stood for integrity, pride, honor and excellence. It?s all about ?The team, the team, team!? another Schembechler mantra.

Schembechler may have been born and bred in Ohio. But, he was and always will be a ?Michigan man.? And a man who created the aura and excellence that envelopes Wolverine football to this day.