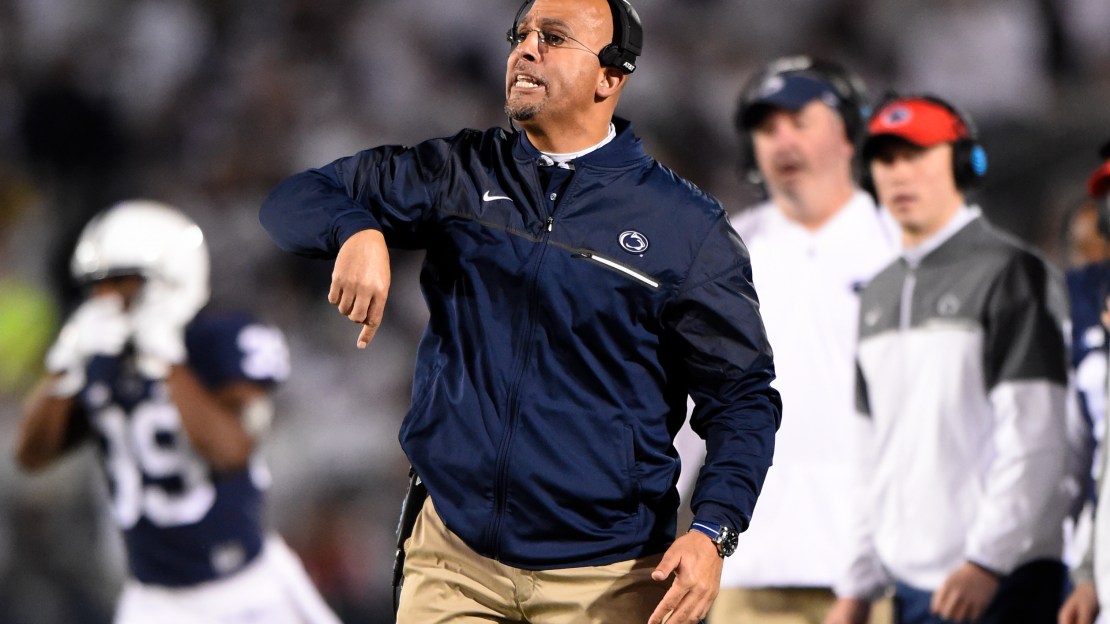 Everyone knows what's ahead for Penn State. Win its final two games (at Rutgers; vs. Michigan State), plus have Ohio State beat Michigan, and it is headed to Indianapolis for the Big Ten title game. Win in Indy, and Penn State could be playoff bound.

It's not a far-fetched hypothetical, but James Franklin doesn't want to hear it.

The Penn State coach, also a top candidate for Big Ten Coach of the Year, wants the Nittany Lions focused on Saturday night's opponent, Rutgers, and nothing else.

So much so that he took a page out of Bill Belichick's book ("On to Cincinnati." and "Seattle. Seattle.") during Tuesday's weekly press conference.

Watch the full soundbite in the video above, and see Franklin's tweet about it below.