No. 22 Creighton pulls away from No. 9 Wisconsin 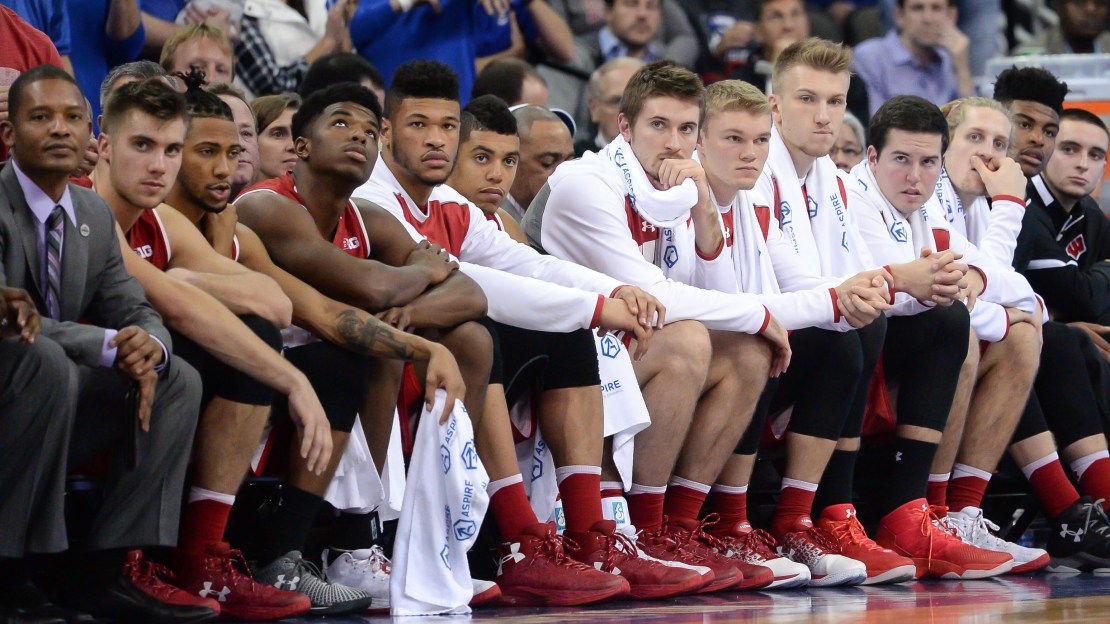 (AP) November college basketball games typically don't mean much in the big picture of a season.

As far as Greg McDermott was concerned, No. 22 Creighton's 79-67 victory over No. 9 Wisconsin on Tuesday night meant a whole lot.

"You could argue it might be the best win we've had since I've been here when you consider where we're trying to get the program back to, where the Wisconsin program is today, and in the manner that we did it," the Bluejays' seventh-year coach said.

Khyri Thomas scored 15 of his 18 points in the second half, breaking open a close game with a three-point play and 3-pointer on consecutive possessions, as the Bluejays beat a Wisconsin team reached the Sweet 16 and returned all five starters.

Maurice Watson Jr. had 17 points and 10 assists and Marcus Foster added 15 points for the Bluejays (2-0).

"I think new can go super far, especially in conference play and in the (NCAA) Tournament," Thomas said. "We have so many athletic guys."

The game was part of the Gavitt Tipoff Games matching Big East and Big Ten teams the first week of the season.

"Coming in here, I knew it would be a heck of a challenge," Badgers coach Greg Gard said. "Greg's got a very good team; he's kind of earmarked this year as being their year. Congratulate his team on playing very well. We showed at times some very uncharacteristic Wisconsin-like handlings of possessions where we got a little disheveled at times."

Bronson Koenig scored 21 points and Nigel Hayes had 16 points to lead the Badgers (1-1). But Wisconsin made only 3 of 26 3-pointers after starting 8 of 13 from beyond the arc. The Badgers also committed 16 turnovers, 12 of them by starters.

"Nobody forces Wisconsin into 16 turnovers, nobody keeps Wisconsin off the free-throw line," McDermott said. "For us to beat a veteran team like they are, that plays the right way, and the success they've had in their careers, is really a feather in the cap for our team."

Hayes, the Big Ten preseason player of the year, scored 11 points in the first 12 minutes and was held scoreless until there were 11 minutes left in the game.

That's when Creighton started its decisive run. Cole Huff's jumper from in front of the Creighton bench put the Bluejays up 52-50. After Toby Hegner hit a 3, Thomas stripped the ball from Koenig, drove for a layup and converted a three-point play. Happ missed on the other end, and then Thomas drilled a 3 to make it 63-52.

Wisconsin: Typical November game. The Badgers' glut of turnovers and impatience on offense, especially in the first half, will provide plenty of fodder for film study. "We've got to be able to touch the post more and try to play more inside-out," Gard said.

Creighton: The Bluejays have one of the best home-court advantages in the nation, and they were fueled by it.The Bluejays got out to a quick lead, never let the Badgers go on a big run and got big-time defensive performances from 7-foot redshirt freshman Justin Patton and the 6-8 Huff.

Creighton will merit a promotion in the Top 25 if it goes unbeaten this weekend in a tournament in the Virgin Islands. Wisconsin probably will drop, but not much.

Thomas went from struggling through conference play last season to becoming a major contributor in the NIT, averaging 12.3 points and 4.7 rebounds in three games.

"All of a sudden, his frame of mind changed going into the offseason," McDermott said. "His motivation was better, his confidence is in a different place, he's eager to get into the gym because he tasted a little success in postseason basketball. That has carried over."

Hayes and Jordan Hill, as they did in Wisconsin's exhibition game and opener, stood a couple feet behind teammates during the national anthem. Hayes has said he doesn't take a knee on the court because it would be painful, so he chooses to stand back.

Creighton plays Washington State on Friday at the Paradise Jam in the Virgin Islands.
– See more at: http://bigtennetwork.stats.com/cbk/recap.asp?g=201611150133&home=133&vis=657&final=true#sthash.D5E93ohN.dpuf