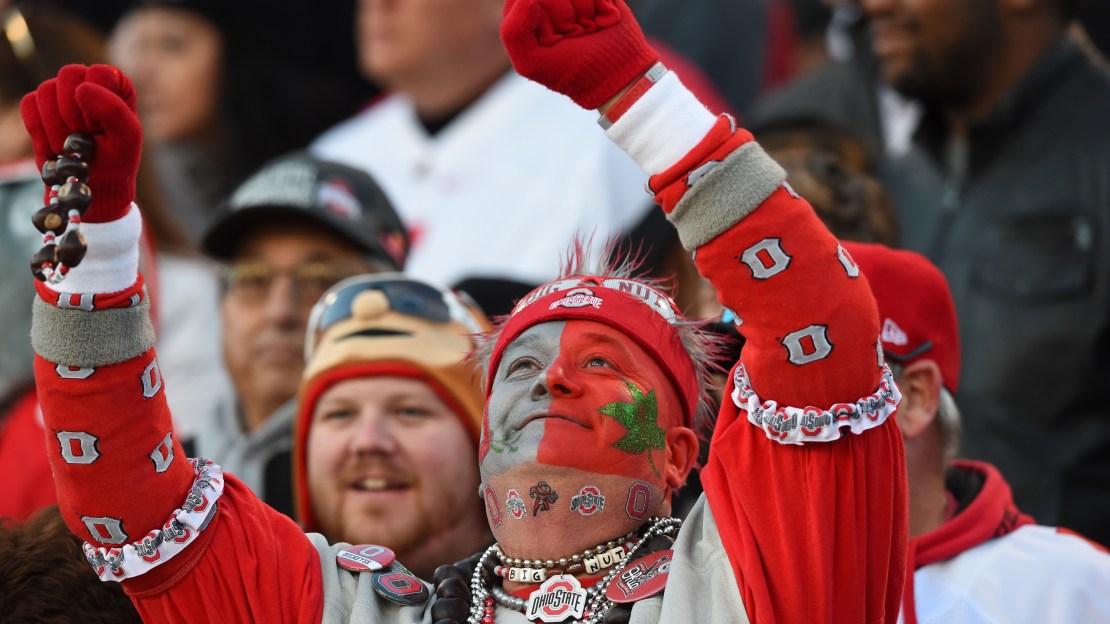 Last week provided lots of tumult, as the Nos. 2, 3 and 4 teams in the College Football Playoff poll all lost.

No. 2 Clemson got dumped by Pitt ? No. 3 Michigan fell at Iowa ? No. 4 Washington fell to USC. But No. 1 Alabama survived, crushing Mississippi State to remain one of two unbeaten teams left in the nation (Western Michigan is the other).

Here is how the Top Four of the College Football Playoff poll looks this week.

Could the Big Ten get two teams in the playoff? It may be difficult. No doubt, the Big Ten champ looks like a lock to earn a playoff slot–even if it's a two-loss team like Wisconsin (No. 7 in this week's poll) or Penn State (No. 8). The league?s best-case scenario to get two teams would be for Penn State to win the Big Ten East, and for Ohio State to finish 11-1. That would mean the Nittany Lions would win out (at Rutgers; vs. Michigan State) and the Buckeyes would, too, dumping Michigan State and Michigan along the way.

A one-loss Ohio State club would have won at Oklahoma and at Wisconsin, while topping Michigan in Columbus. And the Buckeyes? lone loss would be on the road at Penn State-who would be the East champ. Could any one-loss team in the nation top that resume? Probably not. But there are a lot of moving parts to the playoff puzzle with a few weeks left in the season.

The loss by Michigan at Iowa last week wasn?t catastrophic to the Wolverines. If they win out vs. Indiana and Ohio State, Michigan will win the East and play for the Big Ten title. Win that, and the Wolverines figure to earn a playoff spot.

As I said, Ohio State still has some hope to perhaps reach the playoff if it closes with an 11-1 mark but no league title. Still, not having a conference championship could hurt the Buckeyes? resume, as that is a criterion that the playoff committee values a lot. Ohio State has to hope that Penn State loses one of its last two games: at Rutgers and vs. Michigan State, in addition to winning its last two games vs. the Spartans and Wolverines. If that happens, Ohio State would win the East. Otherwise, the Buckeyes must cling to the hope of earning a playoff slot without even winning its own division.

In the West, Wisconsin is sitting pretty. The Badgers control their destiny: Win out–at Purdue, vs. Minnesota–and Wisconsin will win the West and play in the Big Ten title game. Win that, and UW should earn a playoff slot even with two losses.