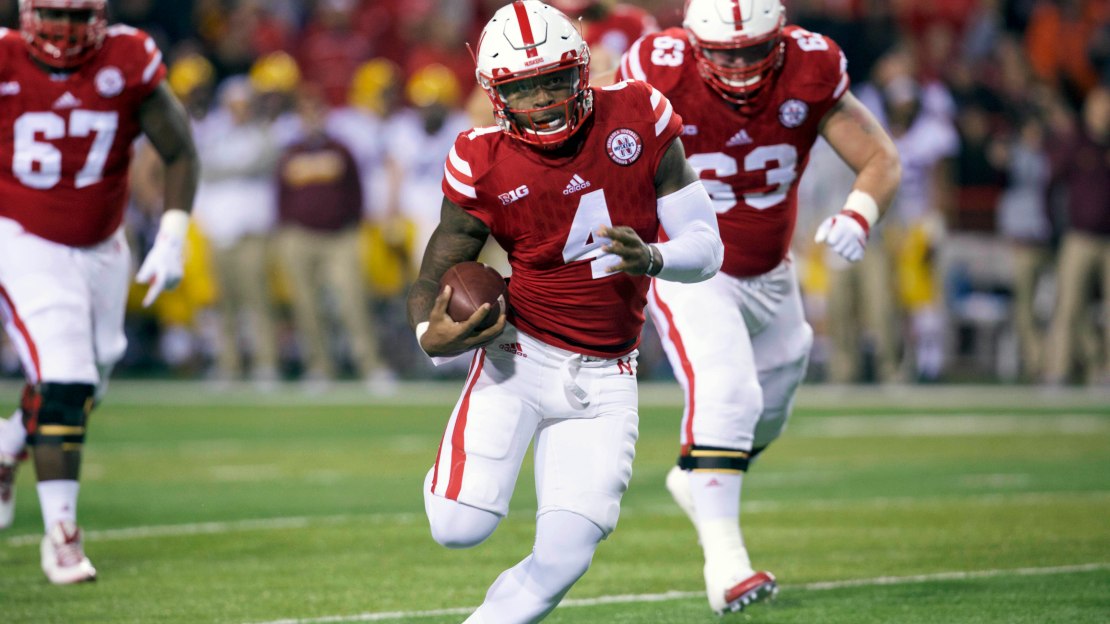 (AP) Tommy Armstrong Jr. led a 91-yard tiebreaking touchdown drive after being helped off the field with an ankle injury the previous series, and Kieron Williams' interception with 1:29 left secured No. 21 Nebraska's 24-17 victory over Minnesota on Saturday night.

Armstrong, knocked unconscious in last week's loss at Ohio State, was cleared to start against the Gophers and was playing one of his best games in weeks when he injured his left ankle on a quarterback sneak late in the third quarter.

He came back to loud cheers on the Cornhuskers' early in the fourth and scored the go-ahead touchdown on a 13-yard run with 7:17 left. He stumbled into the end zone, came up hobbling again and was carried to the sideline by two offensive linemen.

Williams' intercepted Mitch Leidner's tipped pass after the Gophers had driven to the Nebraska 17, and backup quarterback Ryker Fyfe took the final snaps as the Huskers (8-2, 5-2 Big Ten) won for the first time in three games and a week after getting humiliated 62-3 at Ohio State.

The Huskers led at halftime for a fourth straight game. Newby tied it 17-all in the third quarter, taking a screen pass from Armstrong 31 yards to the end zone.

Minnesota: The Gophers lost control of their destiny in the Big Ten West. They might regret some of their play-calling against the Huskers. Other than a few occasions Rodney Smith broke some good runs, it was mostly futile for them to try to run up the middle.

Nebraska: If anyone doubted Armstrong's toughness, he proved his mettle. He also showed he is the most important player on this team. If he goes down, the Huskers are in deep trouble.

Minnesota hosts Northwestern, which shut out the Gophers 27-0 last year.

Nebraska hosts Maryland in the first meeting of the teams.