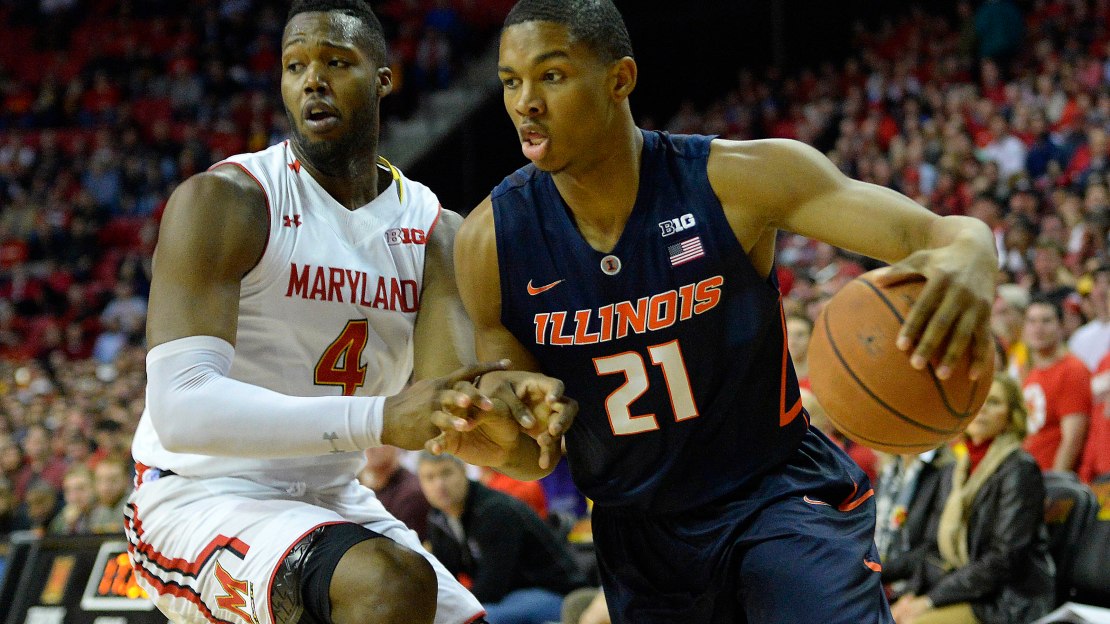 Make no mistake, the Big Ten POY award is completely up for grabs this season! And in an era dominated by guards, the Big Ten boasts some of the top forwards and centers in the country. Just the way I like it!

Check out my first Big Ten Player Rankings of the season below.

1. Nigel Hayes, Wisconsin. Hayes has already played in two Final Fours and has the talent around him to return for a historic third trip. After being turned away by the NBA, the senior star will play with a chip on his shoulder all season for the Badgers.

2. Thomas Bryant, Indiana. The hardest working center in America returns for his sophomore year, and I expect Bryant to be even hungrier for greatness this season. Bryant has to stay out of foul trouble. If he does, he will average a double-double.

3. Malcolm Hill, Illinois. It wouldn?t surprise me if Hill?s 18 point average drops this season. That?s because it looks like Illinois is finally healthy and Hill won?t have to carry the team every night. One of the most versatile players in the country, Hill should have a monster year.

4. Melo Trimble, Maryland. A healthy Trimble gets in the paint anytime he wants and needs to remind defenders of this from the opening tip. The junior point will prove early and often in the non-conference that he is one of the best point guard in the country.

5. Peter Jok, Iowa. No one in the Big Ten benefited more playing with a veteran team than Jok. The sharpshooter has improved his all around game every season, but this year he must handle the pressure of being the focal point of every defense.

6. Ethan Happ, Wisconsin. Happ couldn't have had a better start to his career, averaging 12.4 ppg, 7.9 rpg a Big Ten-high 1.8 steals en route to claiming Big Ten Freshman of the Year. He is a major reason why Badger fans are expecting another Big Ten Championship.

7. Caleb Swanigan, Purdue. Swanigan has so much upside, it is scary.  The sophomore forward is a force on the glass, can play the perimeter and has excellent ball skills for a player his size. His 90 turnovers last season have to be cleaned up.

8. OG Anunoby, Indiana. Anunoby is the league?s most versatile defender. Expect his offensive game to explode as well this year as Indiana faces a difficult non-conference schedule.

9. Miles Bridges, Michigan State. I never allow freshman on my opening-tip Top 10 list, but Bridges is the exception to the rule. Bridges has been a beast since he arrived on campus, and with all of the fire power Tom Izzo lost last season, expect Bridges to put up big numbers.

10. Vince Edwards, Purdue. The versatile Edwards does everything for Purdue and after testing the NBA draft process he returns for what should be a spectacular junior year. Not only did he average 11 points per game, he also led Purdue in assists.